Noah’s Ark and the Great Flood 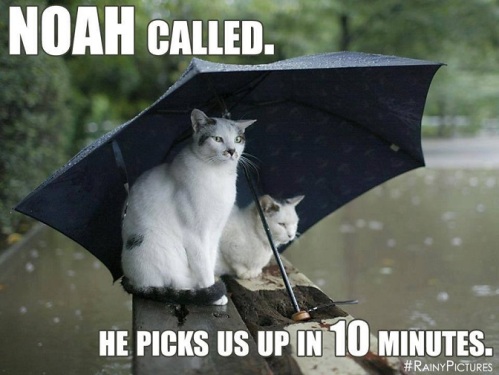 I was considering purchasing a certain Catholic Bible commentary when I read one scathing Amazon reviewer saying it contained the “heretical” position that the flood might not have been global.

I was not aware that my church had taught definitively about the scope of the flood.  My quick google search suggests I was right and Mr. One Star Heresy was wrong.

I searched the Catechism for “Noah” and “Flood” and found about 10 statements that talked about the flood as if it was a real event.  However, none of them spoke to the issue of scope.

I also searched the EWTN site, whose archives have a wealth of good stuff about Catholic teaching and practice.  I think this bit by Father Echert explains clearly what I was taught by Father Bob:

As to whether or not we must affirm that the flood encompassed the entire orb of the earth, the text would seem to teach this and subsequent texts would tend to corroborate this, but there is some flexibility with regards to the first eleven chapters of the Book of Genesis, as expressed in the encyclical “Humani Generis” of Pope Pius XII:

“..the first eleven chapters of Genesis…nevertheless come under the heading of history; in what exact sense, it is for the further study of the exegete to determine. These chapters have a naïve, symbolic way of speaking, well suited to the understanding of primitive people. But they do disclose to us certain important truths, upon which the attainment of our eternal salvation depends, and they do also give a popular description of the origin of the human race and of the chosen people.”

Personally, I’ve never had any problem with the fact that the flood author’s “world” was quite small in relation to the entire Earth.  A really ginormous flood that covered every bit of land he had any reason to know about would fit the bill.

But I also have no problem with accepting scientific evidence that the flood covered the whole world in the way that we moderns with satellite imagery etc. understand “whole world” … should that evidence become available.

Similarly, I had no particular opinion about the meaning of day in the creation story.  I was taught that the divinely inspired truth in the story is that God created everything and said it was all good.  According to Father Bob, the author could have used the “days” thing as a literary device without harming the salvation truth of the story.

The main thing the Catholic Church teaches is that God’s truth and science cannot ever truly be in conflict, because God is Truth.

Maybe this is why I never could swallow the Young Earth interpretation of the story that insists “day” has to mean our 24-hour solar cycle.  There is just way too much scientific evidence that the planet is very old and the universe is far older.

Plus, the idea that God faked that evidence of age repels me.  I was far more comfortable with “I don’t know what day means” than with “God lied about the dinosaurs.”

However, since I watched “The Genesis Code” (DVD) — and later read the book the code part is based on — I’ve come to believe that the days are indeed miraculously literal, albeit not in the Young Earth 24-hour way.  I can’t explain it properly, so go watch the movie.  It will uplift and inspire you enormously!

As for that Bible commentary, I would’ve ordered it except it was more than $100.  If any of you Catholics know of a good one that is affordable AND orthodox, I’d love to know about it.

Comments Off on Noah’s Ark and the Great Flood