In what may be the most egregious display of contempt for the people who have given him the greatest honor he never deserved, the Man-Who-Would-Be-Caliph strutted into the Islamic Center in Baltimore yesterday and proceeded to lecture the nation on what a peaceful religion Islam is, and how people have been drawn to it for a thousand years, the beheadings, crucifixions, immolations, mass murders and sex slavery notwithstanding. He was in his glory as all the little future terrorists gathered around him like some kind of deity.

He once bellowed about the fact there were 7 million Muslims in America. In a population of 320 million that’s less than 3%. Before this pile of pig vomit was immaculated you hardly ever heard about them outside of a 7-11 store. Suddenly, our children are forced to learn about the 5 pillars of Islam, read the koran and wear hijabs. This is taking place as prayer is banned in school, children are not allowed to recite the pledge of allegiance, and anyone wearing a shirt with an American flag or NRA logo is sent home. This may be part of Trump’s appeal. White Christians are sick of being mocked, having perversity thrown in their face and getting blamed for every illegitimate child born or thug shot dead trying to kill a police officer. My time on earth us growing short, but I wouldn’t object to fast-forwarding to the day we can rid ourselves of this pestilence.

During First Mosque Visit, Obama Explains How ‘Islam Has Always Been Part of America’

“The very word Islam comes from ‘Salam’ – peace,” he said. “The standard greeting is ‘As-Salaam-Alaikum’ – ‘Peace be upon you,’” he explained. “Like so many faiths, Islam is rooted in a commitment to compassion and mercy and justice and charity.

“For Christians like myself, I’m assuming that sounds familiar,” he continued. […]

Obama pointed out that the founding fathers also supported the religion of Islam.

“Jefferson and John Adams had their own copies of the Koran,” he said. “Benjamin Franklin wrote, that even if the Mufti of Constantinople were to send a missionary to preach to us, he would find a pulpit at his service.”
http://townhall.com/tipsheet/leahbarkoukis/2016/02/03/obamas-mosque-visit-n2114235

THIS PHOTO WAS ON THE FRONT PAGE OF THE CHICAGO TRIBUNE AND THE SUN TIMES THIS MORNING.
WONDER WHAT THE KID IN THE CUB SCOUT UNIFORM HAS TO DO FOR A MERIT BADGE? MARRY A SIX YEAR OLD? BECOME A SUICIDE BOMBER?

Obama compared the Muslim American struggle with African Americans who were also ignored on television.

“There was a time when there were no black people on television,” he said. “And you can tell good stories while still representing the reality of our communities.”

Obama: ‘For More Than a Thousand Years People Have Been Drawn to Islam’s Message of Peace’
http://cnsnews.com/news/article/cnsnewscom-staff/obama-more-thousand-years-people-have-been-drawn-islams-message-peace

See if you can spot the difference 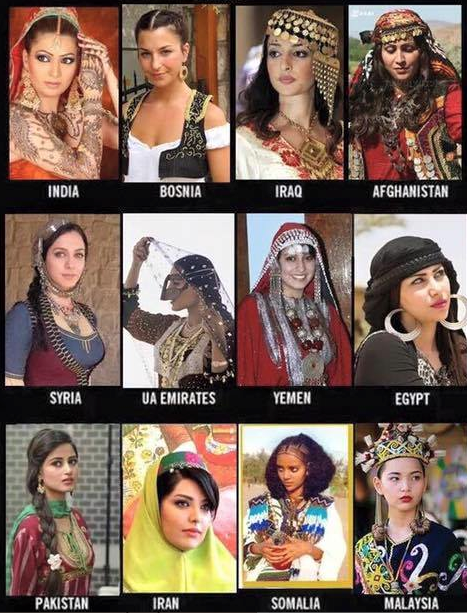 Comments Off on See if you can spot the difference