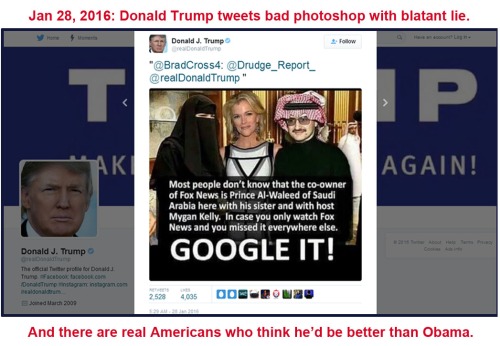 A Saudi prince owns a minority share of Twenty-First Century Fox, the parent corporation of Fox News, via an investment firm.  MEGYN Kelly never posed for a photo with him.

UPDATE: After Bob Vander Plaats publicly endorsed Ted Cruz, Donald Trump issued multiple tweets calling him a “phony” and a “bad guy.”  This is the same kind of vindictive, narcissistic behavior we have seen and despised in Barack Obama.