It is gratifying to know that my fellow blogger and bestest buddy CtH shares the deep disappointment I’m sure many of us feel about Sarah Palin endorsing The Donald. I have never been ambiguous about my feelings toward Trump. I enjoy watching him slap the media around but I don’t trust him one iota. He’s not running because he wants to make things better, he’s running for the attention. He laps it up like a thirsty hound. Sarah threw away years of goodwill with her joining the circus that is the Trump campaign. My guess, which is as good as anybody’s, is that Palin has been screwed over by the GOPe so badly she’s only in it for herself now. I doubt she will be his VP candidate, given that the left’s vitriol toward her is still an all-consuming fire. I do, however, think he’s promised her a position, perhaps as Energy secretary. Trump is using ethanol subsidies to pander for votes in Iowa, even though it’s a fact (Algore admitted it) that ethanol does nothing for gas and he lied about it just to get votes in 2000. Meanwhile, underdeveloped countries are starving for the corn that once was used for food that now is wasted in refining fossil fuels.

Today, Palin is standing in Ames, Iowa to put her support behind someone who cannot be trusted to protect the unborn, who has twice traded in his wives for younger models (literally), who claims to be for the “little guy” but who has been all too willing to use government as a hired thug to line his own pockets, and who spent years making significant donations to Hillary Clinton, the likely Democratic nominee.

I miss the Sarah Palin I thought I knew. I miss the tough-talking governor who energized the 2008 ticket. I miss the tea party champion. I miss the brave woman who didn’t just talk the talk, but walked the walk on the pro-life issue, no matter how nasty the attacks on her and her family. I don’t know where this Sarah Palin went, but she wasn’t in Iowa today.
http://journal.ijreview.com/2016/01/252168-sarah-palin-just-threw-away-years-goodwill-principled-conservative/

I am so done with that woman 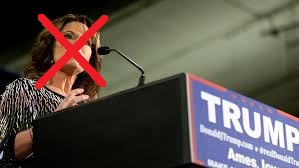 I’m sorry if any of you like Donald Trump.  I think he’s a narcissist whose only moral compass is the one that points at Donald Trump.  We’ve had eight devastating years of this kind of “leadership.”  How an allegedly devout Christian and pro-lifer like Sarah Palin could SUPPORT his candidacy just boggles my mind.

I get the anger so many of us feel and how much of a relief it is to hear The Donald rail against the evils the Left has inflicted on our once great nation.  But look past that to the man behind the message.  He’s even more abrasive, more self-serving, and less qualified than Barack Obama ever was.

Now, to add injury to insult, she’s playing the victim card on behalf of her son.  I’ve got PTSD.  I know people who have it, including soldiers.  We don’t blame our bad behaviors on it, even when those behaviors are demonstrably connected to the trauma.  And why not?  Because we’re grown-ups who take responsibility.  We pull up our socks and do what needs doing to get better.

As for her blaming Track’s problems on Obama’s treatment of vets … puh-leeze. That excuse might fly with some messed up vet who has nobody and nothing.  But Track Palin has a big, wealthy, supportive family.  Sarah playing Mama of De Nile does not change the fact that Track has only Track to blame for his behavior.

Comments Off on Worker of Mercy

Filed under Workers of Mercy 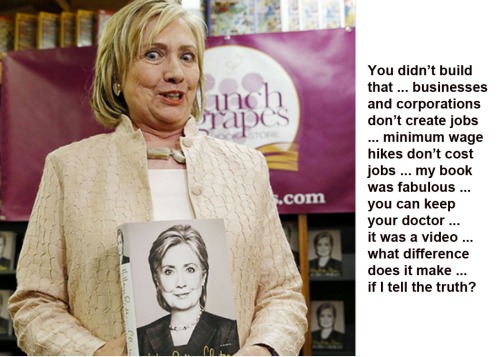