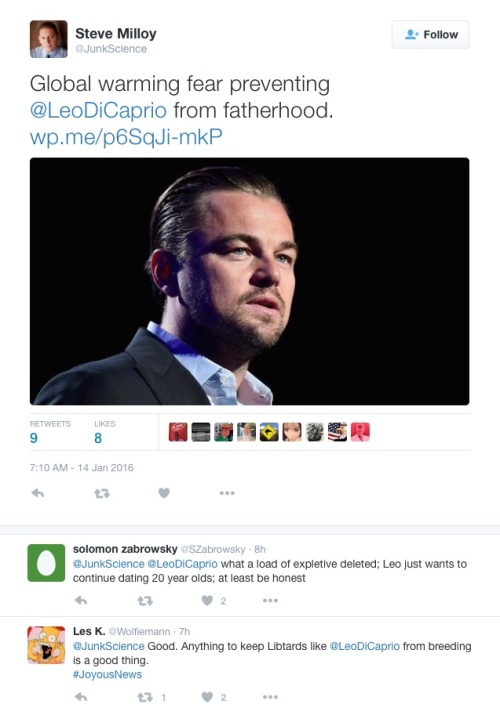 The opposition response to the president’s State of the Union is ordinarily meant to rebut what the president says. Not this time. They chose instead to attack the current front-runner for the nomination of their party because of his apparent dislike of the illegal vermin invading our borders to crush our economy by lapping up benefits that should go to Americans.

Meet Governor Nikki Haley of South Carolina.The daughter of Sikhs and a rising star amongst the GOP elite.

South Carolina Gov. Nikki Haley says she would consider being the vice presidential candidate for the Republican Party this year.

The rising political star revealed that she is open to the possibility in an appearance on NBC News’ “Today” show Wednesday, a day after delivering the GOP response to President Obama’s final State of the Union address.

“Proud of my friend @nikkihaley for delivering a positive & uplifting response to Pres. Obama’s #SOTU. Clear vision for a brighter future,” he tweeted.
https://www.yahoo.com/politics/rising-star-nikki-haley-says-she-is-open-to-160906818.html

The celebration by Republican elites was instant, and so was the backlash on the far right.

South Carolina Gov. Nikki Haley, the youthful daughter of Indian immigrants, had delivered a sunny and inclusive Republican response to President Obama’s State of the Union address that stood as an unmistakable counter to her party’s two presidential front-runners.
https://www.washingtonpost.com/politics/haleys-plea-for-tolerance-draws-cheers-and-jeers-revealing-gop-divide/2016/01/13/32c597d6-ba16-11e5-829c-26ffb874a18d_story.html

A little bit questionable, but on balance I haven’t had a whole lot of problems with her. But, boy, last night her response? I think it’s proof and it’s an example of so much. For one thing, it’s almost absolute proof of what I have been saying for last couple years now, that the Republican Party’s trying to drive conservatives out of the party. But I think it’s more than that. It’s certainly that, but her speech last night sort of expanded the theme of who is and who isn’t qualified to be a Republican, and the Republican Party is still anti-conservative
http://www.rushlimbaugh.com/daily/2016/01/13/what_the_nikki_haley_speech_means

FRANK LUNTZ IS A WALKING BALL OF PHLEGM. THIS IS HIS STUPID FOCUS GROUP AFTER THE SOTU.
IT’S FOUR MINUTES, BUT THE MONEY SHOT IS AT THE 1:57 MARK WHEN NEARLY EVERYBODY IN HIS HAND-PICKED PACK OF STOOGES BLAMES THE REPUBLICANS FOR NOT KISSING OBAMA’S ASS AND ACCEPTING ALL THE BLAME.

PLEASE BE PATIENT…THIS BREVITY THING IS NEW TO ME

In Obamaworld, income inequality translates to it being unfair that people who work hard, 6-7 days a week, 18 hours per day to build a business, and sacrifice to achieve some financial stability should have more than people who start having kids they can’t/won’t support, drop out of school, and expect to enjoy the good things that other people have worked hard for. Obama took it upon himself to make things even. Not by lifting people out of poverty but by forcing the shrinking middle class into it.

Now comes his seed mother, Mochelle, flashing a $2300 dress at the State of Denial Address 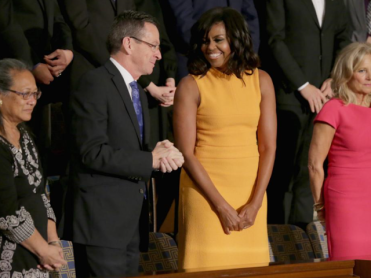 MAYBE SHE KEEPS HER ARMS DOWN BECAUSE MUSLIM WOMEN DON’T SHAVE THEIR PITS?

THIS IS A RIGHT-LEANING WEBSITE. GOOGLE SOTU DRESS AND ALMOST EVERY SOURCE SLOBBERS OVER THIS BIG COW’S STYLE. NOT ADVISED IF YOU’RE A DIABETIC.
Barack Obama‬ #SOTU: ‪Michelle Obama‬ sends message in optic prop yellow dress?
Narciso Rodriguez, who designed Michelle’s dress, labeled the hue “marigold.” Even the designer of the dress appeared to slide under the radar as an important prop during the State of the Union Address. Rodriguez is a Cuban-American designer and some saw this as a nod to the perceived accomplishments of the Obama administration for “the resumption of diplomatic relations.”
http://www.examiner.com/article/barack-obama-sotu-michelle-obama-sends-message-optic-prop-yellow-dress

THIS IS FROM CNN… IT’S BAD, BUT SOME ARE MUCH, MUCH WORSE
Michelle Obama shines in marigold dress at State of the Union

I’M TRYING TO DO SHORTER POST… BEAR WITH ME

Filed under Barack Obama, Michelle Obama, State of the Union