The Dark Night of the Nation

“New House Speaker Paul Ryan quickly passed a budget bill (with more Democrats than Republicans voting for it) which essentially gave Barack Obama and his cronies everything they could possibly want with no fight whatsoever.

“Cash for Planned Parenthood butchery? Full funding for the resettling of immigrants and refugees in the nation’s vulnerable heartland? Taxpayer dollars to combat alleged climate change? All this and much, much, MUCH more was rubber stamped “to keep the government open,” making a complete mockery of the hard fought elections which finally gave the House and Senate to Republicans under the mistaken impression that it might make a difference.

“And we conservatives can scream, complain, and debate amongst ourselves all we want, but to what end? Everything we stand against is already funded through next year.” – Stilton Jarlsburg at Hope n’ Change

The dark side of Islam

“I was raised to hate Christians and Jews because of the Quran and Hadiths.” 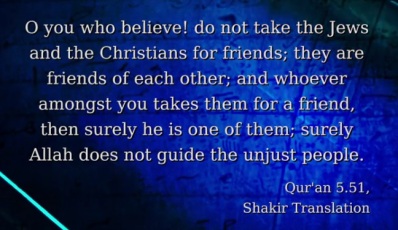 “A true Muslim should pray for the destruction of Jews and Christians.”

“Jews are despised and hated according to the Quran. Allah turned them to apes and pigs.”

Brother Rachid – An Open Letter from a Former Muslim To Mr Mark Zuckerberg [7:53]

Comments Off on The dark side of Islam