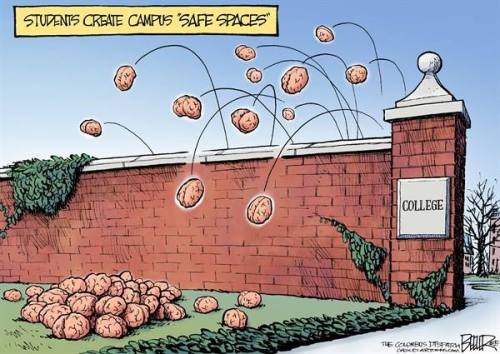 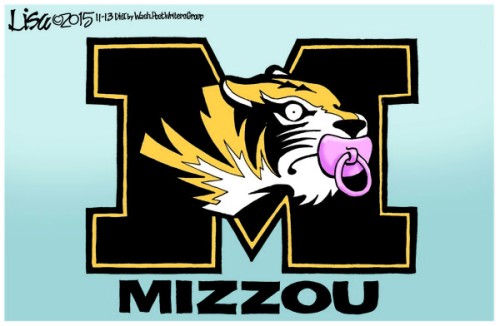 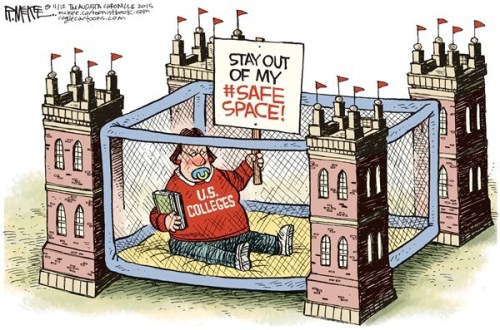 Snowflakes or Fascists? by Mona Charen

Crybully Assaults on Free Speech: From Mizzou to Yale and Beyond, by John Hayward

The Campus Purges are Only Going to Get a Lot Worse, by Michael Ledeen

A Timeline of Hate on Campus, by Gavin McInnes

The Left Is Starting to Tear Itself Apart: College Coeds Are Like Yazidi Slaves? by David French

A Generation that Hates Free Speech, by Noah Rothman

College Might Be Turning Your Kid Into a Giant Baby, by Matt Walsh

#MillionStudentMarch: Marine Annihilates the College Clueless in One Tweet, by Lisa Carr

The First Amendment is Dying, by David Harsanyi

Paraphrase of the Week, by Michelle Obama’s Mirror