Berning the Embassy by Stilton Jarlsberg 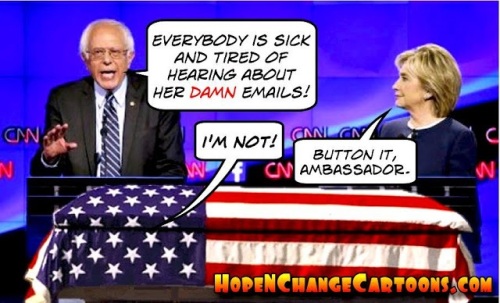 It seems likely that it’s all over but the screaming (literally) on the Democratic nomination front, after Bernie “I’m only using one-tenth of one percent of my brain” Sanders declared during last week’s alleged debate that “the voters are sick and tired of hearing about her damn emails” and would prefer to hear about real issues.

All of which raises serious questions …

Be sure to also read “Missile-ing the Point” in which The World’s Most Brilliant President Explains Why the Iran Missile Test Should Not Concern Us At ALL … which is on the same page, cuz Stilton is just that good.

Comments Off on Berning the Embassy by Stilton Jarlsberg

Way back in 1962-63 some of us can remember the assault on our music from foreign invaders led by The Beatles, The Rolling Stones, The Dave Clarke Five, The Kinks, etc. The grownups of that era were appalled by the music, the clothes and especially the shaggy hairstyle by these furriners. Still,we managed to weather the storm and few permanent scars were left.

The British Isles have been undergoing another type of invasion for the last few decades and the invaders were welcomed with open arms. These invaders set up their own communities, lived by their own laws, and caused the crime rate to soar. The most common name for babies at this time is Muhammed. The Brits are regretting inviting this misery to their shores as is most of the European continent. The citizens are starting to push back but the seeds have already been planted.

They are called “refugees,” though in truth these are young Islamist men who leave families to fend for themselves as they go about spreading jihad across the civilized world. They have no intention to assimilate but rather conquer and dominate as they have since the Ottoman Empire.

The Muslim invasion of Europe is not going over well with some. A cellphone video taken on a London bus posted to YouTube on Thursday shows a black British woman fed up with Muslim immigrants using ugly, profane, violent language to tell off Muslim women passengers on the bus for being ‘rude’ ‘ISIS bitches’.

“That’s why no one likes you, because you’re f***ing rude. You come to England then you have no f***ing manners. Go back to your f***ing country where you’re bombing everyday and go there…Don’t come here where we’re free.”

Migrant crisis: Thousands stranded at Balkan borders
FROM THE LIBERAL BBC:
Several hundred, including young children and babies, spent the night in the open at Croatia’s border with Slovenia.

The UN refugee agency (UNHCR) also complained of a lack of basic supplies at the Serbia-Croatia border.

The Pegida organisation, which campaigns against immigration, says it expects tens of thousands to demonstrate in the eastern city of Dresden on Monday evening.
http://www.bbc.com/news/world-europe-34568499

These Muslim migrants already seem to be fitting into Europe.  Just imagine a million more of them.

From the invaluable Vlad Tepes comes this translated report from the front lines of the invasion of Europe.

As early as arriving at the railway station in Nickelsdorf one will notice crowds surrounding ‘Trafiks’ (slang for tobacconist). An astonishingly high number of immigrants – or migrants, want to pay with 500 Euro-bills. The Trafikant is obviously overwhelmed by this payment method, which seems to have been going on for a long while now. The customers are baffled for being rejected due to lack of change.

That’s about 567 dollars.
If you open up your borders, you get an invasion.

One unsettled female voluntary helper tells that “we were continuously berated as Christian whores.” ”

This is the new Muslim Europe.
http://www.frontpagemag.com/point/260492/muslim-refugees-berate-female-aid-workers-daniel-greenfield

MUSLIMS Scuffle With Police – Attack Anti-Mega Mosque Marchers in UK
The Muslims blocked the street and scuffled with police as the anti-mosque protesters marched in opposition to the expansion of a local mosque.

“The border closure is working, it has effectively stopped illegal border-crossing.”
WHADDYA KNOW? WALLS DO WORK!

Europeans might finally be waking up to the degradation unfettered immigration has had on their respective countries. With steep rises in violent crime including knife-attacks, beheadings, mass rape, and shooting sprees, not to mention the fact that many European cities now look more like Third Word refugee camps, several EU countries seem poised to take the drastic measures so desperately needed.

EUROPEANS ARE WAKING UP TO THE DISEASE BEING SPREAD BY THIS TRASH. MAKE NO MISTAKE… OBAMA INTENDS TO BRING HUNDREDS OF THOUSANDS MORE HERE BEFORE HE JETS OFF TO LIVE IN HAWAII. THEY’VE ALREADY BEGUN SETTING UP THEIR OWN LITTLE CALIPHATES LIKE DEARBORN MICHIGAN. BEWARE OF THE RAPES, BEHEADINGS, HONOR KILLINGS, AND ASSAULTS ON CHRISTIANS. THEY’RE COMING SOON. 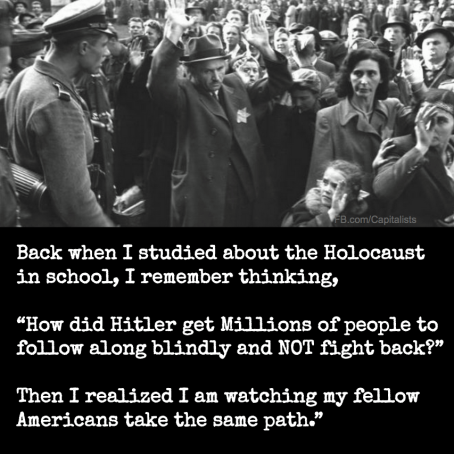