TO ALL LURKERS: IF YOU SKIP EVERYTHING ELSE, PLEASE SCROLL DOWN TO THE PAUL HARVEY VIDEO AT THE END OF THE COMMENTS. YOU’LL THANK YOURSELF

It as a tough call. It’s Friday. Sometimes I post good/silly/offbeat stuff. Other times I mix fun with political bloodsport. I decided to do a mostly non-politically-correct thing. I have a feeling a lot of the lurkers here just check out the headers anyway.
We have some food-related stuff today.

Terrible Woman Berating Food Staff Meets Instant Justice
This video will infuriate you until the very end
WATCH AS KARMA COMES UPSIDE THIS WOMAN’S SKULL
In a video uploaded to YouTube on Thursday, an irate woman was captured hurling insults at restaurant workers who had the audacity to put green peppers on a meal for kids who “don’t eat green things!”
“If you want to be polite to the customer, then you speak English,” barks the impolite customer. “My kids don’t eat green things, they eat red peppers!”
When the workers, who remain calm throughout the video, offer to make a new meal, the woman calmly reminds them that “I DON’T HAVE 15 MINUTES!”

DW AND I WATCH A LOT OF THE FOOD NETWORK. THERE WERE RUMORS THAT SUPER CHEF BOBBY FLAY WAS GETTING A DIVORCE FROM HIS WIFE, STEPHANIE MARCH, AT ABOUT THE TIME HE WAS MESSING WITH ANOTHER TV HOST, GIADA DeLAURENTIS. ALL I KNOW IS THESE PEOPLE MAKE A HELL OF A LOT OF MONEY.
Giada De Laurentiis Is Officially Divorced… and It Was Expensive

TMZ has obtained a copy of the final divorce judgment, which orders Giada to pay Todd $9K a month in child support. Todd also gets their $3.2 million house in Pacific Palisades and $300,000 in art and furnishings. He also gets to keep his membership in the swanky Bel-Air Bay Club, which overlooks the Pacific.
They’re dividing up various bank accounts, with a total balance north of $2 million.
And of course, he gets to keep his Porsche and she gets to keep hers.
No one’s getting spousal support, because they’re both rich. His estimated worth is $15 million… hers is $20 million.
https://www.yahoo.com/celebrity/news/giada-de-laurentiis-is-officially-divorced—-and-it-was-expensive-231337525.html 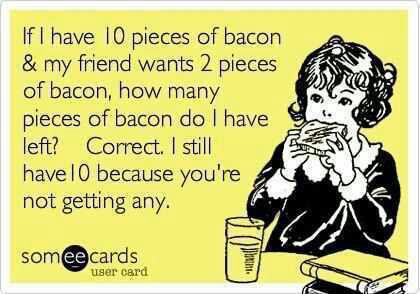