A police officer called the station on his radio.
“I have an interesting case here. An old lady shot her husband for stepping on the floor she just mopped.”
“Have you arrested the woman?”
“Not yet. The floor’s still wet.” 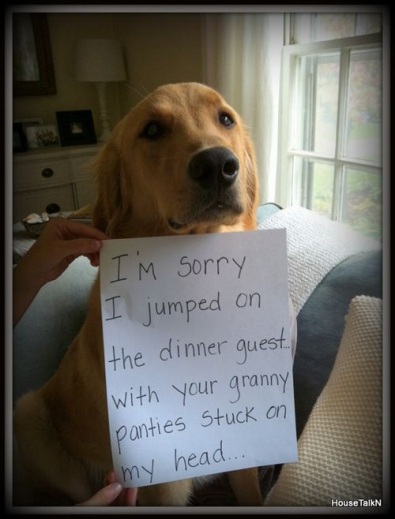 The Mau Mau picked up their guns, frozen water bottles and rocks and stormed Ferguson to “celebrate” the fact a thug tried to beat a policeman to death a year ago and ultimately assumed room temperature. The Soros-backed agitators were present, along with Son of Blacula who bragged about getting arrested. Funny, in my day getting arrested was not something to boast about, it was a bad thing. Granny always told me if I got arrested for anything and they give me a phone call don’t waste it calling her. And she meant it. These are different times we live in.

IT’S NOT ABOUT RACE. NEVER HAS BEEN. IT’S ABOUT LOOTING AND BURNING.

SOME MERCHANTS CHOSE TO PROTECT THEIR PROPERTY THEMSELVES

Paul was right in the mix of looting and violence when a group of protesters beat, stomped and robbed him.
He posted this right before the beating.

THERE’S A WHITE DUDE!
LETS F*CK HIM UP AND TAKE HIS SHIT!
Hampel said he was taking photos and videos of break-ins along West Florissant Avenue shortly before he was attacked. Suddenly, he said, he was rushed from behind.

“I got swarmed, beaten down really bad,” he said.

The attackers took his phone and wallet and left.

Ferguson businesses – the ones that were still standing after the Michael Brown riots in November – brought in local militias to protect their property from violent protesters, looters and arsonists.

THE ONE DOING THE FILMING IS THE FILTHY BASTARD UMAR LEE, THE MUSLIM PIG WHO DELIGHTS IN CAUSING INNOCENT PEOPLE GRIEF

SEIU BROUGHT A FLOAT TO THE PARTY SATURDAY.
IN TRUE UNION FASHION,THEY ALL SAT ON THEIR ASSES

Tensions grew as darkness set in on Monday evening in Ferguson with several confrontations between police in riot gear and demonstrators with at least 12 people arrested during protests on West Florissant Avenue
The St Louis County Police Department said that officers had been pelted with rocks and bottles
Late Monday afternoon, protesters had blocked traffic on Interstate 70 in Earth City, Missouri causing traffic to stop
Police arrested more than 50 demonstrators who blocked traffic during the act of civil disobedience
St. Louis County declared a state of emergency on Monday following a night of unrest in Ferguson, after a teenager was charged with shooting at police officers
Police charged 18-year-old Tyrone Harris who is in a critical condition after he was shot by police in Ferguson
St. Louis County Police Chief Jon Belmar said the man had fired on four undercover police with stolen handgun
Tyrone Harris Senior revealed that his son had been a ‘real close’ classmate with the late Michael Brown
Two other teenagers were shot at 2.15am near the Michael Brown memorial and are in the hospital

His grandmother and aunt say Tyrone Harris is a ‘good kid who would never fire shots at the police’.

Tyrone Harris’ Facebook (which has now been disabled) under the name ‘Ty Glocks’ of course reveals a different story. Virtually every picture of him in it had him waving a gun, throwing gang signs and referencing #PistolGang, ‘gang shyt’. He spoke of ‘hitting licks for a living’ which means that he robs to make money.

POLICE WERE BLAMED BECAUSE THEY WERE IN PLAIN CLOTHES INSTEAD OF UNIFORM AND IT WAS AN UNMARKED VAN THIS LITTLE DARLIN’ SHOT AT
http://www.weaselzippers.us/231339-father-claims-son-arrested-for-shooting-at-police-in-ferguson-was-unarmed-innocent-facebook-tells-a-different-story/

Activists: Man Who Shot At Cops Not To Blame, Police Shouldn’t Have Used ‘Plain Clothes Officers’
The activist group Organization of Black Struggle defended the actions of Tyrone Harris — the man who opened fire upon and was then shot by police officers in Ferguson, Mo. on Sunday night — by shifting the initial blame back upon the police department.

“It was a poor decision to use plain clothes officers in a protest setting,” Kayla Reid, a field organizer for the group, said on Monday. “It made it difficult for people to identify police officers, which is essential to the safety of community members.”

Ferguson Protesters Shut Down Highway 70 In Both Directions

This is on the interstate near Blanchette Bridge during rush hour. Needless to say, people were less than pleased.

Notice how it’s mostly ‘white allies’ that they through out on the highway.

One car made it through, they accused it of ‘plowing though’ protesters, as you can see they draped themselves all over it and tried to take its license plate when it broke free.

#BlackLivesMatter Protester Interferes With Crime Scene Of Shooting, Gets Arrested

The Black Lives Matter protester, Search4Swag, was the man shooting video here. He started screaming for help for the man on the ground. The man on the ground allegedly fired on police, who fired back, striking him. The police secured him with handcuffs and called for ambulance, and that’s when this guy comes into the picture, trying to make a video claiming they are just leaving the man there to bleed out.

You can see the black officer tell him to step back and stop getting in the way of the crime scene. He is interfering with their investigation and their ability to make sure the scene is secure.

He was arrested but later released. Naturally, this is now evidence of the ‘evil police’. The suspect who was shot is in the hospital in critical condition.

I think we need to run Carly against Hillary, because it will neutralize the ONLY thing Hillary has going for her with the massive numbers of low information voters … her gender.

We made a huge mistake in running a white guy against Obama. Way too many people who didn’t know squat about our system of government came out to vote for “the first black president” just so they could say they’d done it.

Not that we had a really viable black candidate, but that’s not true this time around. Unless Carly crashes and burns for some reason, we have a fantastic female candidate.

So let’s just go with, “Yes, the next president will be a female.” Then we can move on to past achievements, moral character and national policy issues … all things Carly excels at and Hillary couldn’t defend from a nuclear reinforced bunker.

There are so many strong male candidates in the GOP stable, many of whom a President Fiorina could tap for her cabinet. Like Ted Cruz, who I love. Dunno what position he’d be best at, but something high up, you know?

Comments Off on My dream team

How corrupt are the Clintons really?

The “Clinton Body Count” is a long list of people associated with Bill and Hillary Clinton who have ended up prematurely dead. Because these cases are so numerous, and so many have connections to Arkansas, writers sometimes use the term “Sudden Arkansas Death Syndrome” or “Arkancide.”

Reporter David M. Bresnahan broke the story of the Clinton’s trail of dead bodies during the summer of 1997 while researching his book, “Cover Up: The Art and Science of Political Deception.” He also found over 100 people who had refused to testify against the Clintons and 45 more who had gone to jail. 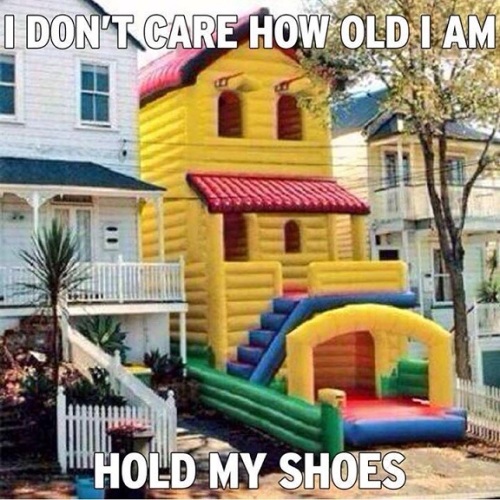