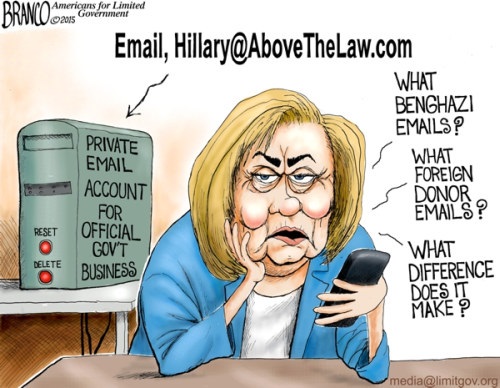 Hillary Clinton has claimed she did not discuss classified information on her private, unsecured, non-government email accounts.

May 22, 2015 – The State Department says she definitely discussed Benghazi on these unsecured accounts and that at least one of the e-mail contained classified information.

Clinton is rationalizing that AT THE TIME, that information was not (yet) classified.

And somebody thinks she should be PRESIDENT?!

Comments Off on Hillary Email Update