The Racist Evil on the Left 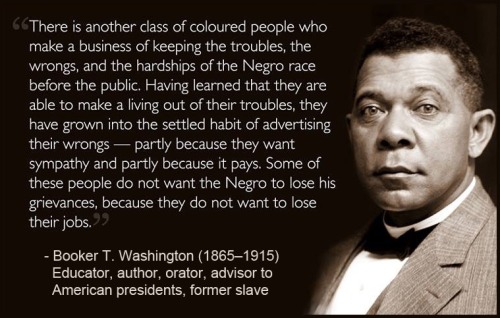 Between 1890 and 1915, Washington was the dominant leader in the African-American community. He mobilized a nationwide coalition of middle-class blacks, church leaders, and white philanthropists and politicians, with a long-term goal of building the community’s economic strength and pride by a focus on self-help and schooling. Washington was on close terms with national Republican Party leaders.

Black militants in the North opposed his policies and set up the NAACP which took over leadership after Washington’s death. The NAACP opposes anything that is not approved by far left Democrats. This frequently puts it at odds with the same “colored people” it claims to represent. For example, the NAACP is rabidly pro-abortion, despite the fact that more black babies are killed than are born. It also supports gun control laws that leave law abiding citizens vulnerable to armed and violent criminals, while opposing successful school voucher programs which are popular with poor black parents.

Those of you following my “Satan’s Century” blogs will note that the rise of the NAACP as primary leader in the black community coincides with what I believe was the beginning of the time period God granted to Satan to try and destroy His church.  The black churches were such a strong part of their community identity that Planned Parenthood founder and flaming racist Margaret Sanger targeted black ministers for conversion to her cause.  Two of the worst race-baiting, hate-mongering, pro-abortion, black leaders of today – Al Sharpton and Jesse Jackson Jr. – are both Baptist ministers.