War is a dirty business

But only Republican presidents get hammered for it. 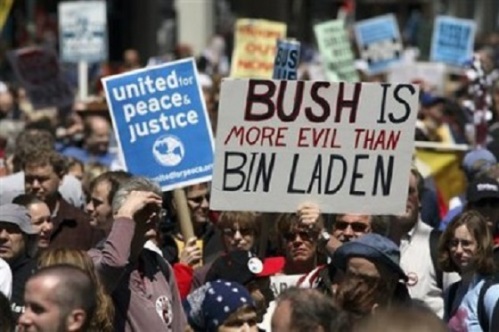 April 23, 2015: President Obama refused to take questions regarding the latest drone strike that “collaterally damaged” (killed) two al Qaeda hostages, one an American doctor, the other an Italian aid worker. The New York Times went so far as to accuse the Obama administration of often being “unsure of who will die” in drone strikes.

3 responses to “War is a dirty business”