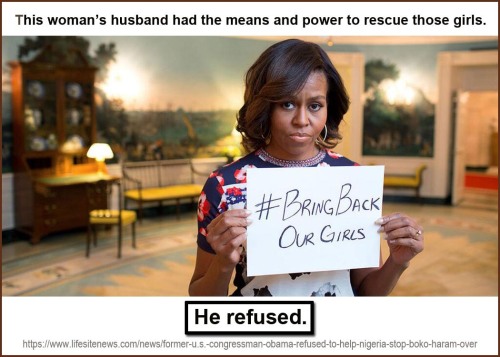 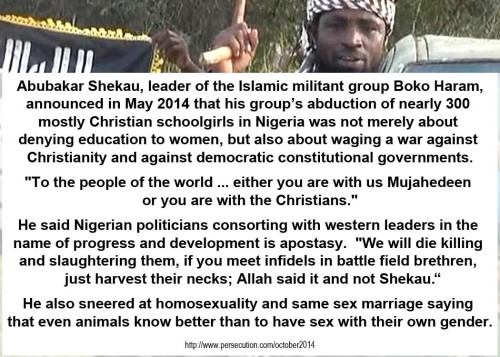 Other statements from Boko Haram leader:

I am the one that captured your girls and I will sell them in the market. … Any infidel is a sheep to be sold. … Prophet Muhammed took slaves himself.

I will not follow anyone except Allah; I will not model anyone except Prophet. … Even if you kill me, other fighters will rise better than me; I am nothing and worthless before God who I am working for. That is Islam.

Obama’s foreign policy actually makes perfect sense once you recognize that his real agenda has always been to advance the rise to global rule of the apocalyptic Muslim “messiah”, the Imam Mahdi.

Please, listen to these videos all the way through. They are BOTH really important.

Deny or Die: The War on Christians in Nigeria – October 2014
http://www.persecution.com/october2014

Comments Off on UPDATE: Obama refused to help #BringBackOurGirls