So the original plan yesterday was to meet my cousin,her sister, and their dad,my late Aunt Gloria’s husband, for breakfast at the local restaurant we meet at. I called Uncle Roger and invited him to meet us there. Then mama broke a tooth and I missed meeting them. My cousin sent me a picture of them and a message from Roger saying “you shouldn’t have hit your wife in the mouth so hard!” I tried without success to send LOL back in a text message. So I asked the dentist’s receptionist if she could do it for me. After looking at me as if she were incredulous that a) I didn’t know how to text and b) I still used a flip phone, she did it. My cousin called soon after and said we’d get together next week. I was glad Roger made it to see them. He said he’d not talked to Bob in more than 30 years. I’m as determined as ever to get everybody together this summer. We’re all in our 60’s and have children and grandchildren. It’s important that they know where they come from now,or the opportunity will be lost forever.

I ADORE THESE TWO. ROGER IS THE ONE ON THE LEFT WITH THE SNOW WHITE HAIR. HIS WIFE STILL WORKS FULL TIME. LORD KNOWS THEY DON’T NEED THE MONEY,SHE JUST STILL LOVES TO WORK. BOB WAS AN ASSISTANT SCOUTMASTER FOR MY BOY SCOUT TROOP. ON CAMPOUTS,WE KIDS WOULD DO OUR SCOUT STUFF AND THE GROWNUPS WOULD SIT IN A TENT SMOKING CIGARS AND PLAYING CARDS (AFTER SUPPER,OF COURSE). THEY BOTH STILL LOOK DAMN GOOD FOR BEING IN THEIR 80’S. 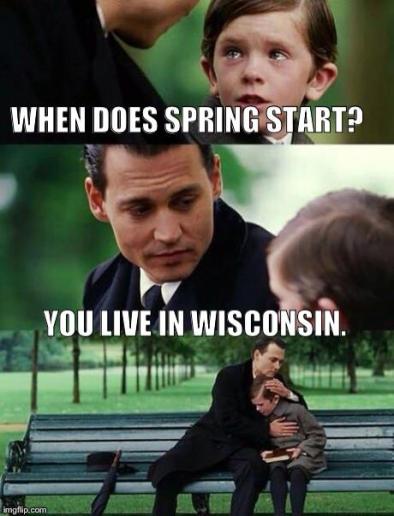 DW LAUGHED AT THIS ONE

40 responses to “FRIDAY NEWS AND SILLINESS”