Evil and the stupid sheeple who blindly support it 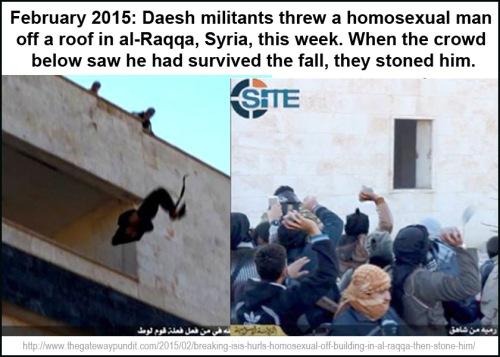 “For over ten years, gay Palestinians have been fleeing their own country and settling in Tel Aviv, one of the most gay-friendly cities on the planet. … So you might imagine that gay Westerners, with an uncensored press and ready access to information about the torture and execution of homosexuals under administrations like Hamas’s, would be reluctant to support barbaric medieval homophobia. Surely they would feel a natural affinity to the permissive democracy in this conflict. … Alas, not.” – by Milo Yiannopoulos (Aug 1, 2014) 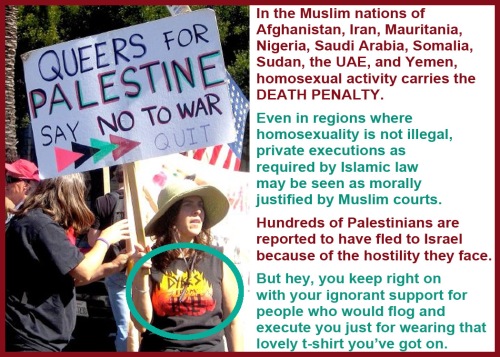