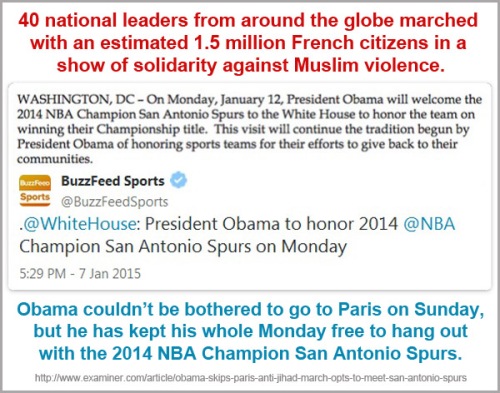 WSJ: “Obama, Biden Absent From Paris Solidarity March”
WaPo: “The Charlie Hebdo march: where were the American leaders?”
N.Y. Daily News: “You let the world down”
Agence France-Presse: “As world leaders march in Paris, US represented by ambassador”
Daily Mail: “America snubs historic Paris rally: Holder was there but skipped out early, Kerry was in India, Obama and Biden just stayed home”
Forbes: “Shame on President Obama for Skipping The Paris Unity Rally Against Terrorism”

Obama sent lame duck, reporter wire-tapping AG Holder to Paris for the global free speech rally. Holder did not attend, claiming he was too busy with “high level meetings.”  This begs the question who he could possibly have been meeting seeing as everybody important was at the rally!

Remember when Obama made a talking tour to explain that Americans didn’t like Obamacare because he hadn’t talked about it enough? Well, he spoke VOLUMES today with his absence from the Paris march. Here’s some of what folks heard him say. 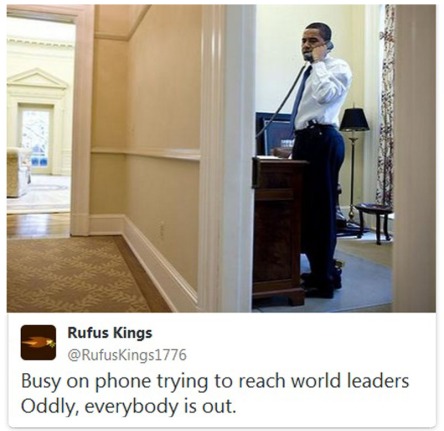 Secretary of State John Kerry called criticism that no top U.S. officials attended Sunday’s massive march against terrorism in Paris ‘quibbling’ Monday, even as he announced a trip to the French capital later this week for talks on countering Islamist violence. Kerry said he really wanted to be in Paris, but he had a prior commitment in India, where he yapped about how the world’s number one concern should be climate change and lied about how there was “no downside” to driving energy producers out of business and denying Third World nations the right to develop. – Fox News, Weekly Standard

“Who can even fathom the White House decision not to send the president or some other senior administration official to march along with world leaders in Paris Sunday, in solidarity with the principle that terrorists must not be permitted to rip free speech from Western civilization? The people who run this White House have never fully understood where it was they landed. With their feet on the desks and their mouths dripping obscenities, they appear to think the White House is little more than some fancy new campaign headquarters. We’re more concerned with the substance,” they say every time they screw up the optics. But optics are substance when it comes to leadership. They reflect inner conviction and reassure the country and the world about the president’s intent. But this president, it seems, can’t be bothered.” – Keith Koffler

“Sunday, President Obama morally abdicated his place as the leader of the free world. His decision to stay home instead of standing side by side with French President Hollande as millions marched in Paris in solidarity with the slain journalists of Charlie Hebdo in opposition to radical Islam – an enemy fiercer than we have seen in decades – sent a clear message to the world: Obama just doesn’t care.” – Douglas E. Schoen 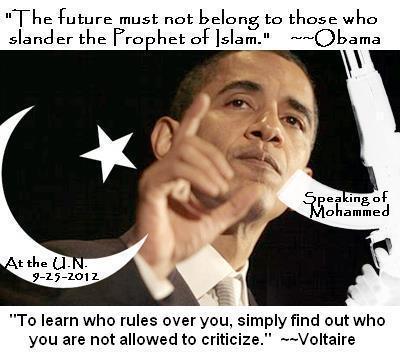