Dec. 27, 2014:  First batch of kefir cheese. It would be hard to imagine how this could be any easier!  I put parsley in this batch.  I’m looking forward to trying other things and seeing if I can make my spreads tasty enough to wean Dearest off some of those expensive brands of hummus he buys for his sammiches.  (The white dots on the lid are water droplets.) 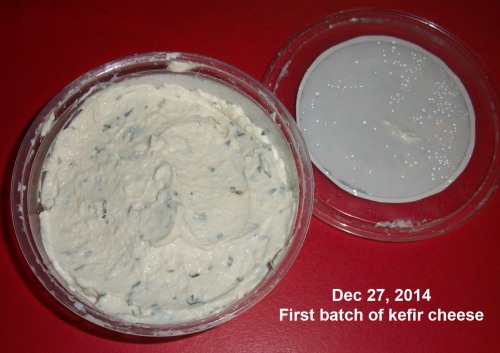 Comments Off on Hyphenated Ferments Update 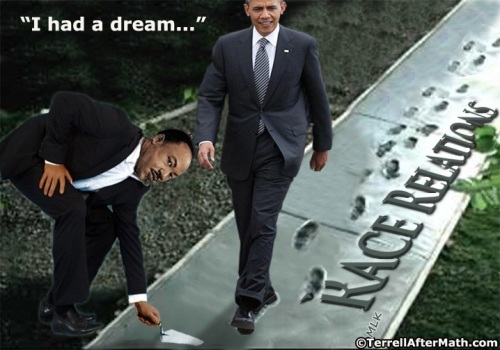 Everyday is opposite day in the Obama White House. When asked if the U.S. is more racially divided than it was when he took office six years ago, the President responded: “No, I actually think that it’s probably in its day-to-day interactions less racially divided.” 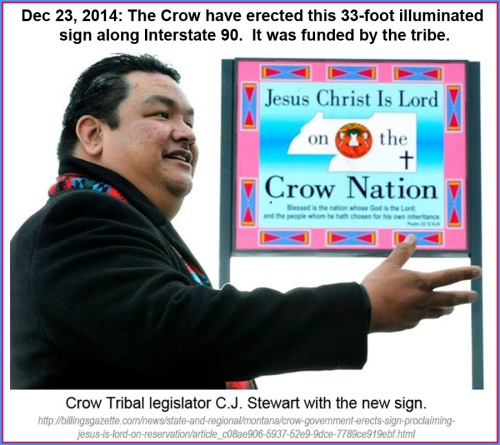 Tribal officials and religious leaders hailed the sign as a declaration of belief and a standard against the social and economic ills that have plagued the tribe.

In 2013, the Crow legislature unanimously passed a resolution that proclaimed “Jesus as Lord” of the tribe and authorized support for construction of a sign bearing the message. One legislator abstained.

The Crow Constitution protects “full exercise of religion,” but, unlike the U.S. Constitution, does not contain a clause that prevents the government from the establishment of religion.

“As a sovereign nation, we’re not bound by separation of church and state,” said Stewart, who penned the resolution. “People are afraid to say, ‘Jesus,’ in the political arena, but we did it today, as a people.”

In his remarks, Tribal chairman Darrin Old Coyote thanked Crow religious leaders for their support and said the sign would bring blessings to the tribe.

“There’s a saying among the Crow people that words are sacred. When people drive by, this is what they’re saying,” Old Coyote said, gesturing upward. “While they’re going by, they’re blessing the Crow people.”

“Some people may not believe in the name of Jesus,” he said. “That’s fine, we don’t put that down. We’re taught by elders to respect all religions.”

Comments Off on Crow tribe declares Jesus is Lord