100% of Communist Dictators Agree: Obama Should Use Executive Action to Bypass Congress Even More

There used to be a time when a Cuban dictator telling an American President to ignore Congress and side with Communism was frowned upon in Washington. Now, not so much. It’s also been revealed that the whole effort is merely a plan to funnel enormous amounts of cash directly to the Castro regime, cheating workers out of 92% of their earnings by foreign (U.S.) companies. Story by the Daily Caller and Breitbart. Graphic by the Earl. Feliz Navidad. 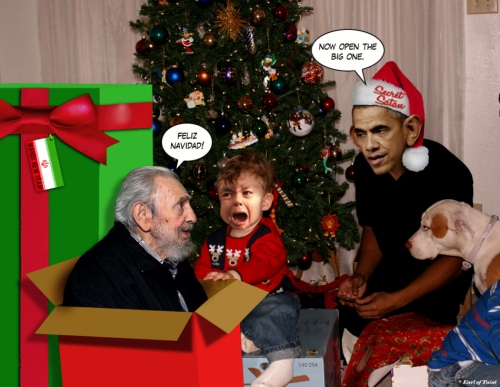 One response to “100% of Communist Dictators Agree: Obama Should Use Executive Action to Bypass Congress Even More”