More from the transcripts, plus crowdfunding has reopened, so you can help finance the film.

Dr. Kermit Gosnell is the most prolific serial killer in American History, but almost no one knows who he is. The Gosnell Movie aims to change that. The minimum amount they needed to make the film was raised from public donations during a successful Indiegogo crowdfunding.

Indiegogo recently created a new opportunity called “Forever Funding” which has allowed The Gosnell Movie to re-open their crowdfunding campaign.

The original crowdfunding for The Gosnell Movie was a great success, but the truth is that the budget is extremely tight. They can and will make the movie for the $2.1 Million they raised, but since a lot of the costs are fixed (equipment, filming crew and locations) and already in the budget, extra money could go directly toward making a BETTER movie.

If you can afford $25, do that.  It’s a GREAT DEAL, cuz you get a free DVD of the finished product mailed to you as soon as they’re ready!

But, if you didn’t donate during the original campaign and have only a smidgen of money to spread around for Christmas, consider giving the minimum donation of One Dollar. Yes, ONE DOLLAR!

Each individual donor is counted as ONE BACKER, regardless of the amount given, and the higher the number of individual backers the movie can rack up, the more oomph they’ll have when it’s time to approach distributors.

In other words, ONE DOLLAR will mean more people see the film after it’s done!

Comments Off on UPDATE: The Gosnell Movie

The following is an Our Daily Bread meditation by Philip Yancey.

In its “plot,” the story of the Bible ends up very much where it began. The broken relationship between God and human beings has healed over at last, and the curse of Genesis 3 is lifted. Borrowing images from Eden, Revelation pictures a river and a tree of life (Rev. 22:1-2).

But this time a great city replaces the garden setting – city filled with worshipers of God. No death or sadness will ever darken that scene. When we awake in the New Heaven and New Earth, we will have at last a happy ending.

Heaven is not an afterthought or an optional belief. It is the final justification of all creation. The Bible never belittles human tragedy and disappointment – any book more painfully honest? – it does add one key word: temporary.

What we feel now, we will not always feel. The time for re-creation will come.

For people who feel trapped in pain or in a broken home, in economic misery or in fear – for all of us – Heaven promises a timeless future of health and wholeness and pleasure and peace. The Bible begins with the promise of a Redeemer in the book of Genesis (3:15) and ends with that same promise (Rev. 21:1-7) – a guarantee of future reality.

The end will be the beginning. 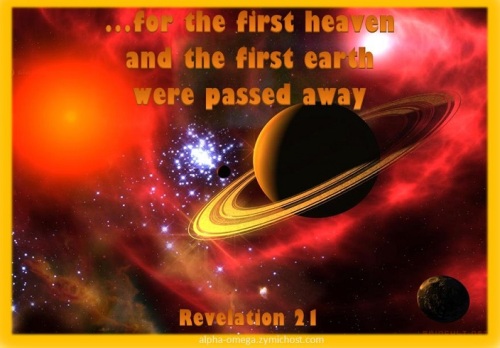 Comments Off on The Happy Ending