Obama did not have healthcare relations with that man Gruber 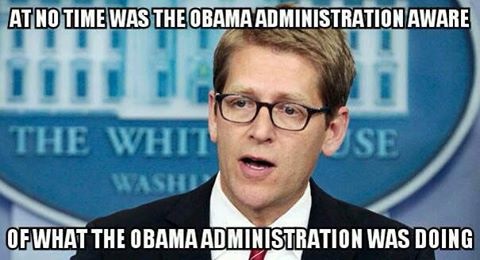 In Brisbane Australia, President Obama clumsily told Fox News’ Ed Henry that he ‘just heard about’ the controversy over Jonathan Gruber whom he described as ‘some adviser who never worked on our staff.’

Fox Business Network’s Melissa Francis talks about her former employer CNBC silencing her when reporting on #Obamacare, telling her she was “disrespecting the office of the president.” Video of her broadcast embedded @ https://www.facebook.com/video.php?v=728813157174571&set=vb.141513472571212&type=2&theater.

A couple of uplifting videos for you

How are the #ShirtStorm Feminists Doing in their Twitter Crusade?

Um, not well. Near the beginning of the conflict that has played out, about two days ago, one of the principal feminists behind the storm, Dr. Janet Stemwedel, a Philosophy professor in San Francisco, wrote up a brief bit of propaganda  on “Storify” for “science guys” to help them understand what was going on and what was at stake. If women like Dr. Stemwedel represent most women, as she claims with some authority, then you would expect her Storify blurb, which has been prominently featured on the very active #shirtstorm and #shirtgate hashtag threads for two days, to have about a 50% favorability rating in terms of “likes” accumulated; perhaps more if men support her thesis, as well. Let’s see how it’s doing.

At the time of this writing, 4 of the over 6000 viewers “liked” her little visual presentation about how academic interpretations of “women’s experiences” should drive policy on just about everything.  By my calculation, that’s a percentage of… oh dear… 0.06%.  That’s essentially zero.  More than the likely number of accidental clicks.  In my limited blogging experience, I have never seen a comment or an opinion by any troll who is intentionally trying to upset people and who is viewed by 6000 people get fewer than dozens of “likes.”  Nobody knows why, but even the vilest internet trolls get more likes than this.  This message is profoundly unpopular.  If you want to know why, you can go to her Twitter feed here and see if you can figure out why she is still employed in academia and allowed to claim that she represents women everywhere. 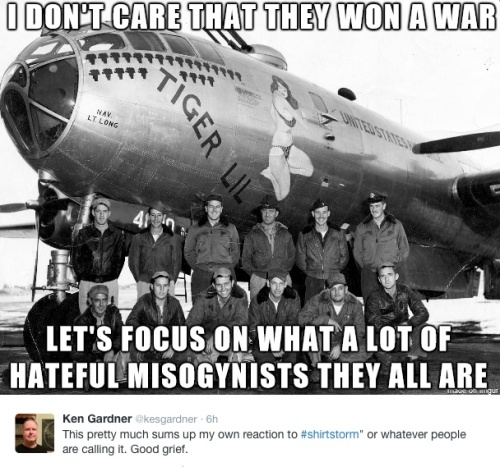