IN HONOR AND REMEMBRANCE OF OUR VETERANS

Much is written on this day about remembering and honoring those who are wearing or have worn the uniform by people much smarter and more gifted than I. My feeling is that we should honor those with the sense of devotion to duty that defend our freedoms every day. 99% of us will never have to endure the hardships and privations they do and for that we should be humble and grateful.

I had to do a separate post for this solemn commemoration.I could not sully their service by including it with the dreck I post from the cesspool of politics every day.

On the 11th hour of the 11th day of the 11th month of 1918, an armistice, or temporary cessation of hostilities, was declared between the Allied nations and Germany in the First World War, then known as “the Great War.” Commemorated as Armistice Day beginning the following year, November 11th became a legal federal holiday in the United States in 1938. In the aftermath of World War II and the Korean War, Armistice Day became Veterans Day, a holiday dedicated to American veterans of all wars.

Veterans Day: Let’s thank our veterans by standing with their families

Over the past several years, over 2 million veterans from the post-9/11 generation have returned to civilian life and our communities. Many faced the immense stress of combat in Afghanistan and Iraq. Our nation owes them enormous gratitude, which we must demonstrate in far more than words or symbols. Our veterans deserve the opportunity for personal and professional success long after their military service.
http://www.foxnews.com/opinion/2014/11/10/veterans-day-let-thank-our-veterans-by-standing-with-their-families/ 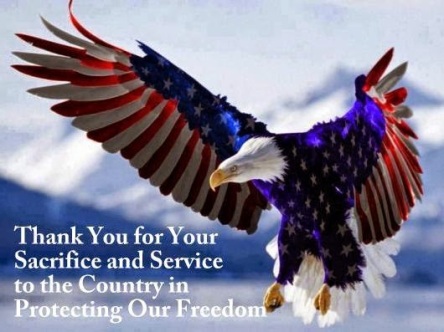 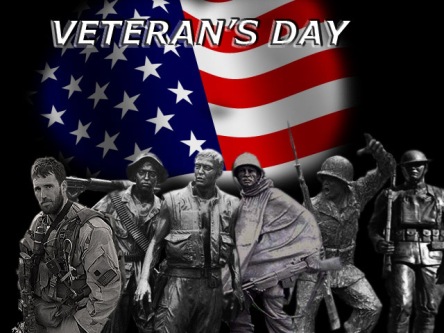 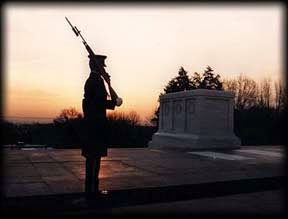 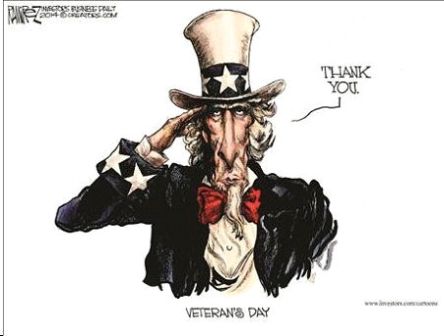 I THINK THIS IS MY FAVORITE 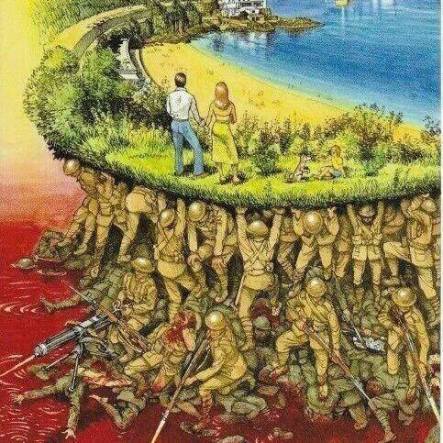 Happy Veteran’s Day: Sacrifice and Courage in Our Veterans’ Own Words
Every November 11, Americans observe Veterans Day by honoring the sacrifices and courage of the U.S. Armed Forces.

For veterans themselves, this day takes on an even more special significance.

On October 28 and 29, Washington Free Beacon outreach coordinator Rae-Lynn Ziegler spoke to veterans of foreign wars visiting Washington on Honor Flights, asking for their reflections on the day, how their military service has affected their lives and the legacy they hope to leave for future generations.

Free Meals and Deals to Vets, Military on Veterans Day: The List
We patronize some of these businesses;we will do business with more.
Dozens of businesses are offering free services and reduced prices to veterans on Veterans Day, Tuesday, Nov. 11, and, in some cases, beyond. Some require a military ID. The list is not comprehensive.
http://nation.foxnews.com/2014/11/10/free-meals-and-deals-vets-military-veterans-day-list

In Flanders Fields
by John McCrae, May 1915

In Flanders fields the poppies blow
Between the crosses, row on row,
That mark our place; and in the sky
The larks, still bravely singing, fly
Scarce heard amid the guns below.

We are the Dead. Short days ago
We lived, felt dawn, saw sunset glow,
Loved and were loved, and now we lie
In Flanders fields.

Take up our quarrel with the foe:
To you from failing hands we throw
The torch; be yours to hold it high.
If ye break faith with us who die
We shall not sleep, though poppies grow
In Flanders fields.

A HISTORY OF VETERANS DAY FROM HISTORY.COM
The Great War & Armistice Day

Though the Treaty of Versailles was signed on June 28, 1919, November 11 remained in the public imagination as the date that marked the end of the Great War. In November 1918, U.S. President Woodrow Wilson proclaimed November 11 as the first commemoration of Armistice Day. The day’s observation included parades and public gatherings, as well as a brief pause in business activities at 11 a.m. On November 11, 1921, an unidentified American soldier killed in the war was buried at Arlington National Cemetery in Washington, D.C.; the U.S. Congress had declared the day a legal federal holiday in honor of all those who participated in the war. On the same day, unidentified soldiers were laid to rest at Westminster Abbey in London and at the Arc de Triomphe in Paris.

Why pronouns matter on Veterans Day
We can agree to disagree about why, when, where and how to use the U.S. military.

But we all should agree about the fundamental flaw of this sentence: “We should fight the Islamic State.”

We?
How about they?

How about remembering that on this Veterans Day or any other day, when we send them into harm’s way, they are the Americans at fatal risk. 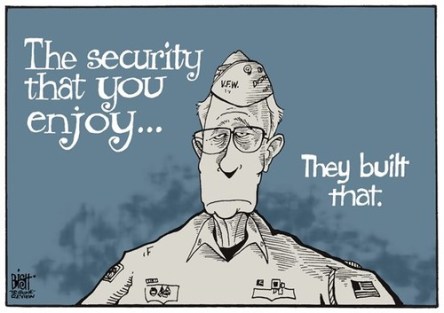 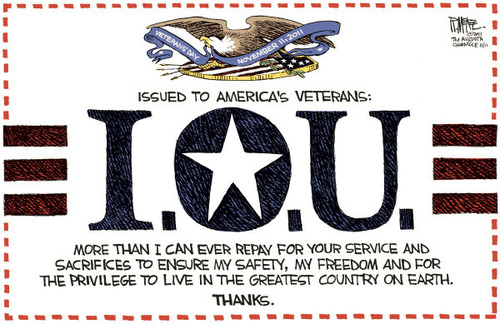 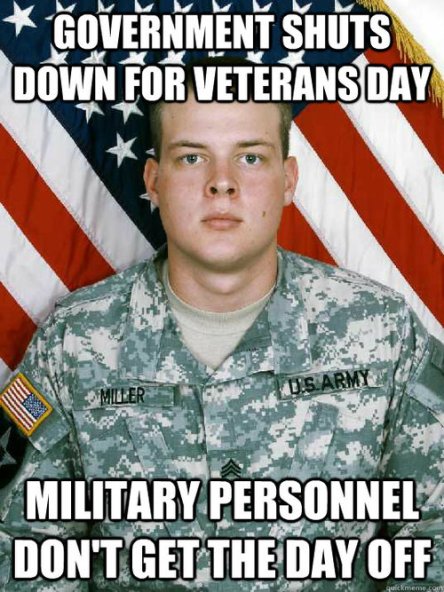 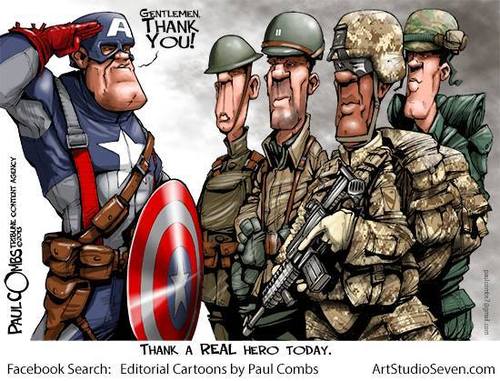 12 responses to “IN HONOR AND REMEMBRANCE OF OUR VETERANS”