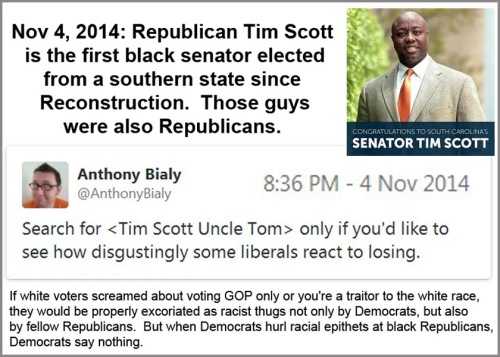 It’s the same ol’ same ol’. These people have nothing but hate to offer the world.

Scott was gracious. In a series of tweets, he said:

My skin color is talked about often. Tonight I want to talk about it for just a moment. In South Carolina, in America, it takes a generation to go from having a grandfather who is picking cotton, to a grandson in Congress. We are thankful for those trailblazers who came before us and said the status quo was not enough. I stand on the shoulders of giants. Our values and our issues are central. The most important things we have to offer are on the inside. This is the testament to progress made.