Get your shellac ready 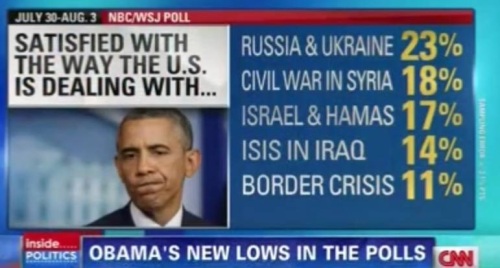 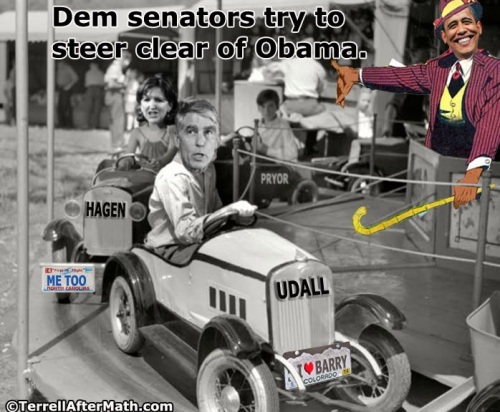 Bwahahaha! The 10th congressional district of Illinois was gerrymandered by state Democrats to make it virtually impossible for a Republican to win. Veteran political analyst Larry J. Sabato of the University of Virginia just switched his guess for the race between incumbent Democrat Brad Schneider and Republican Bob Dold from “Toss-up” to “Leans Republican.”   http://www.breitbart.com/Big-Government/2014/10/30/Shock-Gerrymandered-Chicago-District-Leans-Republican

Okay, so it’s not all fun and games. There are multiple reports of election machines that switch votes and the Dems have a long history of using absentee ballots and illegals to vote fraudulently. Harry Reid and his cronies spew about the Koch Brothers “buying” elections, while they themselves outspend Republicans by millions. And then there’s this piece of RACIST TRASH, the DNC Comms Director, who REFUSES to denounce the shameful tactics Dems are using in Georgia, Arkansas and North Carolina.

I’ve been slaving over a hot keyboard for hours. Almost finished. I feel good,I feel strong,I can do this.

DW LIKED THIS ONE 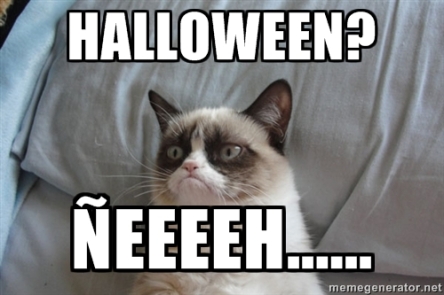 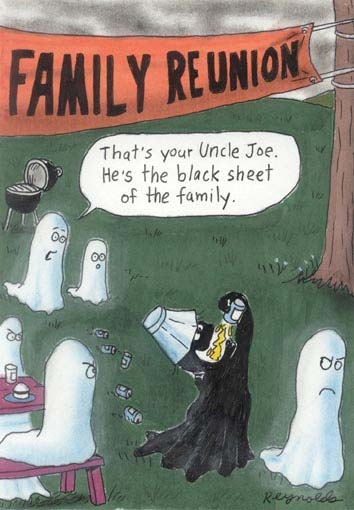 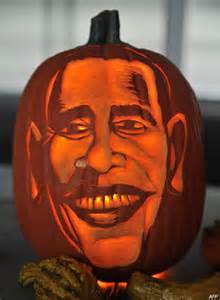 I SAVED THE MOST VILE,HIDEOUS IMAGE FOR LAST;PREPARE TO BE TERRIFIED 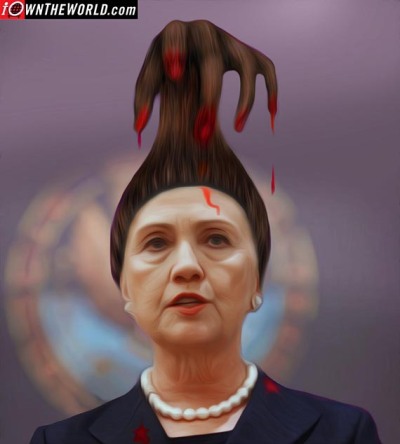 STEP BACK AND TAKE A DEEP BREATH

With everything being about the upcoming elections I thought you might like to read something different.
Besides,I have lots of funny stuff for you. 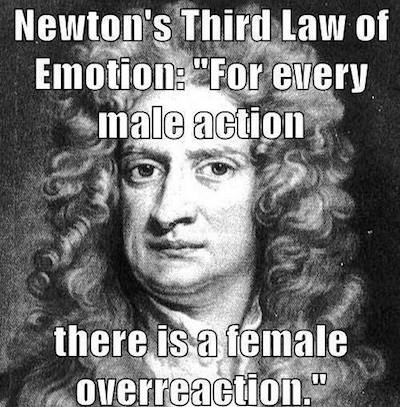 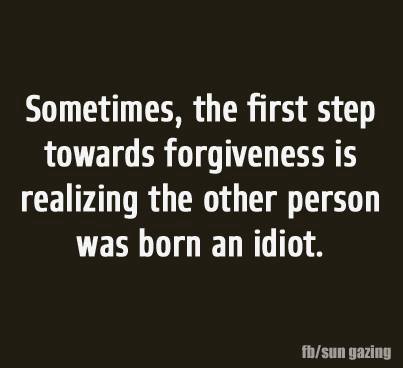 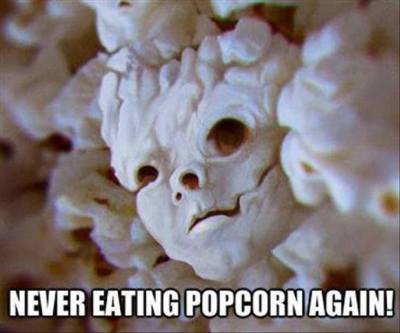 JUDGEMENT DAY IS NIGH; SMELL THE FEAR

First,there will be posts tomorrow and Sunday,since things are happening so quickly. I don’t go anywhere and besides,my beloved Bears won’t get their asses kicked until they visit Green Bay on Nov. 6.
If we can manage to get outside the margin of fraud in some of these races this should be a bloodbath of epic proportions. They have absolutely nothing to run on except charges of racism. Not Obamacare,not amnesty,not foreign policy and certainly not the economy. They are desperate to separate themselves from Obola,but Barry is out there bragging that they all support his policies,which is hanging a virtual millstone around their necks. The abject panic is kind of fun to watch if the results could not be so deadly. The democrats run the show 719 days. We get to make them listen to us one day. That day is this Tuesday. Let’s pray we can make it count. 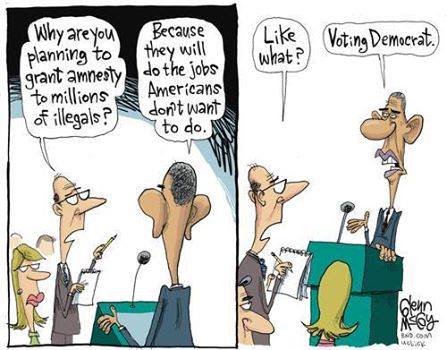 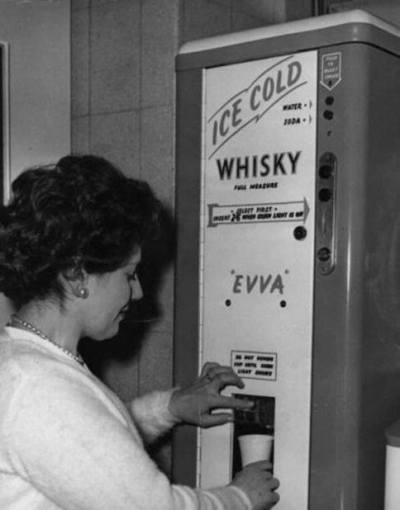 SINCE WHEN DO YOU HAVE TO UNDRESS FOR A DENTISTS’ APPOINTMENT? 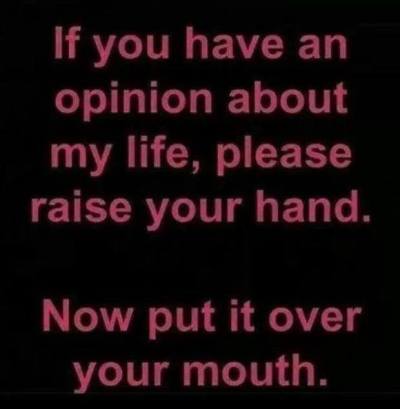 Week Nine of our mission to save our Senate from Harry Reid is here. Over past months we have been pointing out the critical opportunity we have in this midterm election to put both legislative houses in Republican hands and begin to end the Obama nightmare. We have asked people to consider zeroing in on those key congressional races around the country where good conservative candidates have a chance and to contribute to their campaigns if possible. It’s not too late to help! Please make sure you cast your votes by next Tuesday!

If you are unable to make a contribution, you can help the candidate(s) tremendously by encouraging friends, family, neighbors and/or co-workers to vote. Volunteer your valuable time. Put up a campaign sign in your yard. Make sure you go to the polls. We cannot afford to sit this election out.

(If you mark your contribution as “Ten Buck Friday”, they’ll see if the blogosphere can give them a little bump.)

For God, Family and Country

Hillary’s mouth is moving again and we all know what that means. Last week, she swore that businesses and corporations don’t create jobs, something so ridiculous, she had “clarify” her remark days later.  Now she’s in Iowa campaigning for Bruce Braley saying that if Jodi Ernst is elected, women will lose access to mammograms, which is only slightly less absurd than the NARAL ad claiming that Cory Gardner will totally ban condoms.

In an interview with NBC News, Landrieu threw her whole state under the racist bus: “I’ll be very, very honest with you. The South has not always been the friendliest place for African-Americans. It’s been a difficult time for the president to present himself in a very positive light as a leader.”

It can’t be a color thing, can it?  I mean … Landrieu’s own governor is the same shade of brown that Obama is.  Maybe it’s the kinky hair they hate?  But that wouldn’t be racism.  That would be texturism. Or something.

Bobby Jindal took Landrieu to task and rightly so.

But … good news! There is one guy in the U.S. who is NOT getting his panties in a bunch about the fact that he is definitely NOT going to win any elections next week. 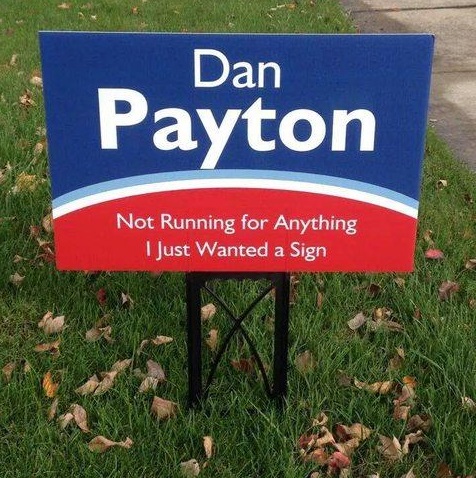 Comments Off on Sweaty desperation