THE WORD FOR THE DAY IS: ‘BLAXTORTION’

That’s the best word I can find to describe what’s going on in Missouri. The anarchists are threatening violence if they don’t get the human sacrifice they’re demanding. This is no longer about a couple thugs trying to kill cops and getting swift justice. This is about the communists, anarchists, racists, opportunists and ne’er-do-wells that just want to burn,smash and steal. All this is being done with the blessing of a liberal hack governor and a corrupt attorney general who are trying to foment the anger amongst the ignorant masses to try to motivate them to vote. Without the Clown Prince on the ballot I believe their only concern is for their own violent interests.

Malik Shabazz Calls for Black Rebellion Against Tyrannical America if Darren Wilson Not Charged
He said while he would not call for violence, he would also not condemn it because he explained, “The authority of the white man and white America is illegitimate. You have been killing us for 400 years.”
http://www.breitbart.com/Breitbart-TV/2014/10/10/Malik-Shabazz-Calls-For-Black-Rebellion-Against-Tyrannical-America-if-Darren-Wilson-Not-Charged

The riots continue after the death of Michael Brown and it looks like they won’t stop until the rioters get what they want. Check it out…
The streets near Ferguson were literally on fire Thursday night with protesters chanting for the death of Officer Darren Wilson, the cop who fatally shot Michael Brown. In the Shaw neighborhood for a second night, they vandalized homes, committed assaults, blocked traffic and threw knives at police. This is hot on the heels ofthe shooting of a black teen with a lengthy criminal record on Wednesday.
Police say felon Vonderrit D. Myers fired three shots at a white officer before being shot and killed. Myers’ parents maintain that he was unarmed at the time of the shooting but Myers’ had a felony gun conviction on his record and was wearing an ankle monitor while a stolen 9mm Ruger was found at the scene.

On Wednesday 18 year-old Vonderrit Myers, Jr. was shot dead by a police officer in St. Louis City Wednesday night. Myers, Jr. reportedly shot at the officer three times during a chase before he was gunned down.
http://www.thegatewaypundit.com/2014/10/second-shooting-in-st-louis-victim-was-also-wearing-an-ankle-monitor/

FERGUSON: Protesters, “Our Brothers Need to Break Some Cracker Skulls” and “Kill the White Crackers”
Ferguson protesters will not give up their violent tactics, this time they are calling for anger and rage to be taken out on innocents. Check it out…

Calls to respond violently to supposed police-repression is reaching a fevered-pitch in the St. Louis and Ferguson areas. Just a few days ago, a Ferguson protest leader promised to take“anger” and “rage” out on innocents. Tonight, supporters of the protesters in Ferguson are calling for violence, particularly against people who are not African American.

There is UStream video at link, but the language is what you’d expect from the societal dregs.
http://clashdaily.com/2014/10/ferguson-protesters-brothers-need-break-cracker-skulls-kill-white-crackers/

Betcha won’t read about this in the lSM:
Top Ferguson Activist Is Muslim Child Molester
A Muslim media darling during the Ferguson protests is a convicted child molester, GotNews.com has learned.
Mustafa Hussein is a volunteer for ArgusRadio, a popular activist website that live streams the St. Louis race riots and Ferguson protests.
He’s continuing to cause trouble now, like staging a protest at the St. Louis Cardinals game.
Hussein a.k.a. Theodore Barrett was previously convicted of child molestation in Iowa. His victim was under the age of 13. 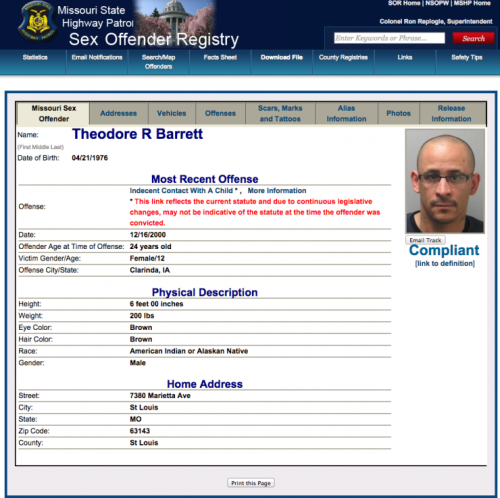 Sorry,pal. All the gun laws in the world wouldn’t make a dime’s worth of difference to animals like these. 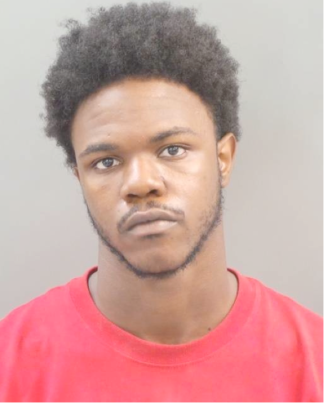 FROM THE AFL-CIO WEBSITE
I had to use rubber gloves at this point
Hello,Richard? This is Barack. Listen,we need you to send some of the union muscle down there to make sure things stay stirred up. Can you do that? I knew you could.
Working Families to Join ‘Justice for All’ March in Ferguson
In September, when AFL-CIO President Richard Trumka spoke to the convention of the Missouri AFL-CIO, he addressed the recent events in Ferguson, Mo., that led to the shooting of Michael Brown, saying that it was important for labor to be a part of the necessary conversation about race in the United States.
http://www.aflcio.org/Blog/Political-Action-Legislation/Working-Families-to-Join-Justice-for-All-March-in-Ferguson

Bassem Masri, who describes himself as a “Contra Reporter Palestinan/American Activist/Journalist Reporting on the ground in Ferguson,MO, Part of the Non-Violent Resistance to End Aparthied[sic] in Palestine”. He is verbally abusive to the police, at one point yelling at one, “What the heck are you doing in this neighborhood, white boy?” and at another point even asking a cop, “What would you do if we took your gun” as he leads the crowd surrounding the officers. At one point, he also reportedly spit on an officer, and says “I’m praying for your death”.
This abuse is not at all unusual, as those familiar with Occupy and other leftist protests have seen in the past. The point is to goad the police, so they can then use and film the reaction, and then use that reaction for more fodder for protest and lawsuits.

But just more of the alliance/melding of the left and Muslim extremists on parade, working to undermine.

I was trying to pray the fourth Luminous Mystery and realized I don’t really know much about the Transfiguration.  So I googled and found an article that included this interesting bit:

In Luke 9:27, at the end of a speech to the twelve apostles, Jesus adds, enigmatically:  “There are some standing here who will not taste death before they see the kingdom of God.” This has often been taken as a prophecy that the end of the world would occur before the first generation of Christians died out.

The phrase “kingdom of God” can also refer to other things, though, including the Church–the outward expression of God’s invisible kingdom. The kingdom is embodied in Christ himself and thus might be “seen” if Christ were to manifest it in an unusual way, even in his own earthly life.

Did such a manifestation occur?  Yes, and it is the very next thing that Luke relates: the Transfiguration.

Pope Benedict states that it has been “convincingly argued that the placing of this saying immediately before the Transfiguration clearly relates it to this event.  Some—that is to say, the three disciples who accompany Jesus up the mountain—are promised that they will personally witness the coming of the Kingdom of God ‘in power.’

We thus may have the key to understanding Jesus’ mysterious statement just before the Transfiguration. He wasn’t talking about the end of the world. He was talking about this.  In fact, Luke notes that the Transfiguration took place “about eight days after these sayings,” thus stressing its proximity to them and suggesting that it was the fulfillment of this  saying, concerning the fact that some of them would see the kingdom of God.

Mark gives a different number of days, saying it was “after six days” (Mk. 9:2), but these both approximate a week.

We should resist the urge to just chuckle at the chuckle-heads who believe man can have a significant impact on the climate, because many of them are very powerful people seeking to destroy the United States of America via “climate control.”  I see this happening in two ways.  One, the politicized Obama EPA is using it to weaken us economically by stifling energy production and increasing the cost of energy. Two, Obama and his cronies are pushing us into signing treaties that will forfeit our sovereignty to global agencies like the U.N.

“Smartest man on the planet” 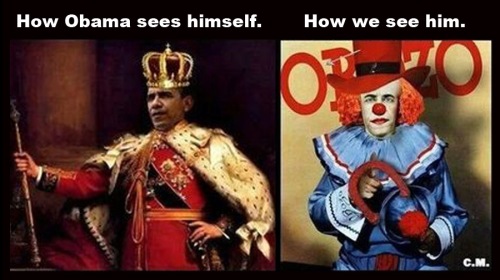