Personally, I couldn’t care less about any of this stuff. Clearly, Biden thinks he’s a laugh-riot and that his off-the-cuff remarks are cuter than a little baby’s button nose. But since the Left goes into orbit any time a Republican makes any remark even resembling the crap Biden gets away with … I think Biden’s remarks should also be put out there. Maybe they’ll wake somebody up. 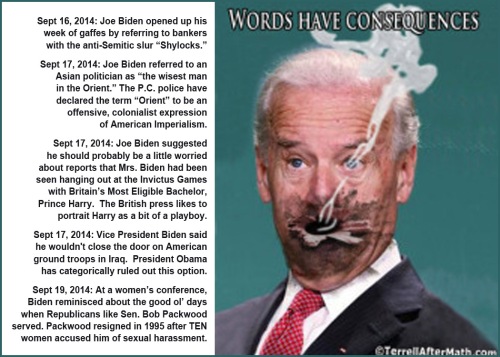