PROOF! Not a “smidgen” of corruption at the IRS!

These email PROVE beyond a shadow of a doubt that Lois Lerner and Barack Obama both LIED last winter when they blamed the illegal IRS targeting of conservative political groups on “bonehead decisions in local offices.”

Two emails from Lois Lerner, Obama’s Director of the IRS Exempt Organizations Unit, state clearly that all tax-exempt status decisions had to have the express approval from her D.C. office.

A third email, this one from IRS attorney Michael Seton to Lois Lerner and other senior IRS staffers, detailed the steps required for this process: “Please inform the reviewers and staff in your groups that before issuing any favorable or initial denial rulings on any cases with advocacy issues, the reviewers must notify me and you via e -mail and get our approval. No favorable or initial denial rulings can be issued without your and my approval.”

Obama Says “Not Even a Smidgen of Corruption” in IRS Scandal [1:01] 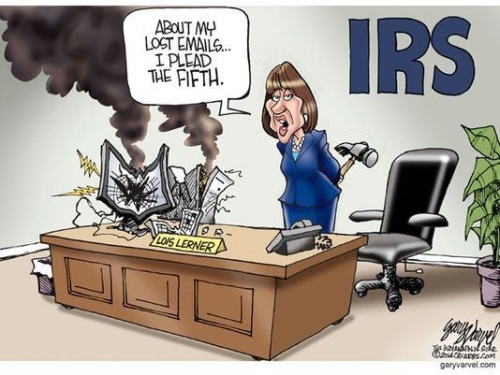 3 responses to “PROOF! Not a “smidgen” of corruption at the IRS!”