Just a mishmash of totally unrelated and irrelevant stuff.

My heart has been breaking seeing pictures I would not post here of weeping Iraquis rounded up just before they are marched to an open pit and executed. Tens of thousands have been murdered since our gutless asshole-in-chief abandoned the Iraqi people to the tender mercies of bloodthirsty terrorists. Right now there are tens of thousands trapped on a remote mountainside,dying of thirst trying to escape their ultimate fate. Obama is said to be ‘considering air strikes’ or dropping humanitarian aid to the doomed. I don’t believe a word of it. When questioned about the atrocities committed by Hamas the strongest condemnation he could come up with was that their actions were “unacceptable.” Face it…he.just.doesn’t.care. 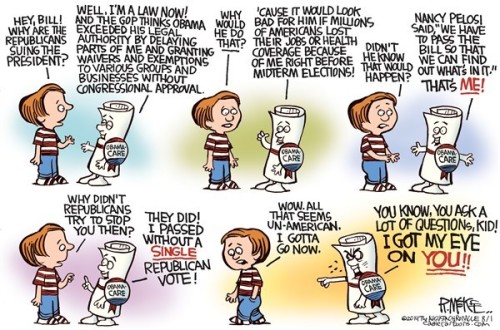 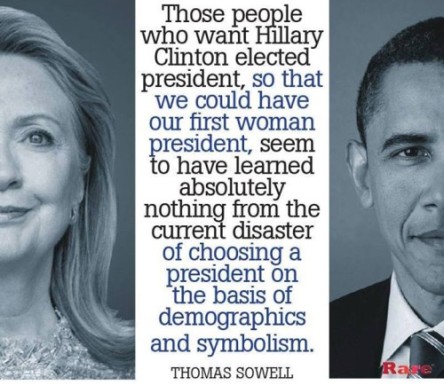 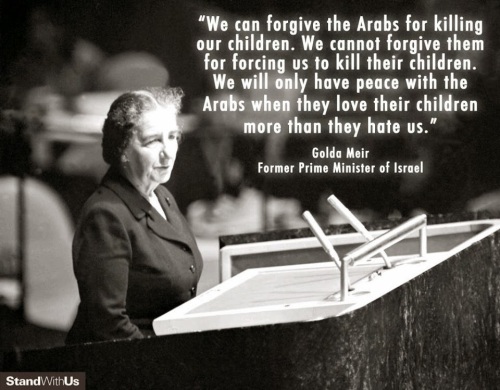 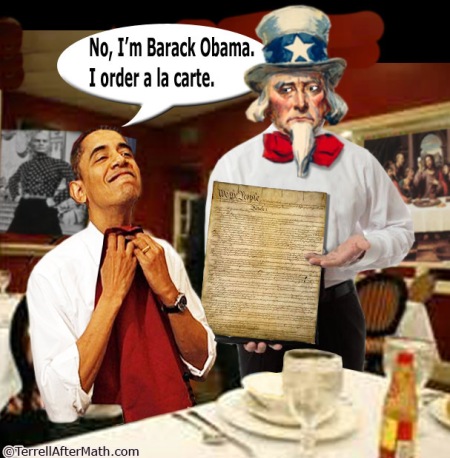 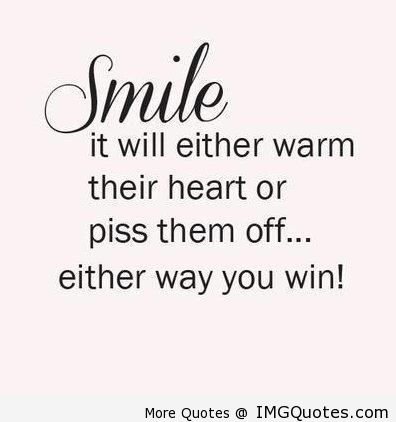 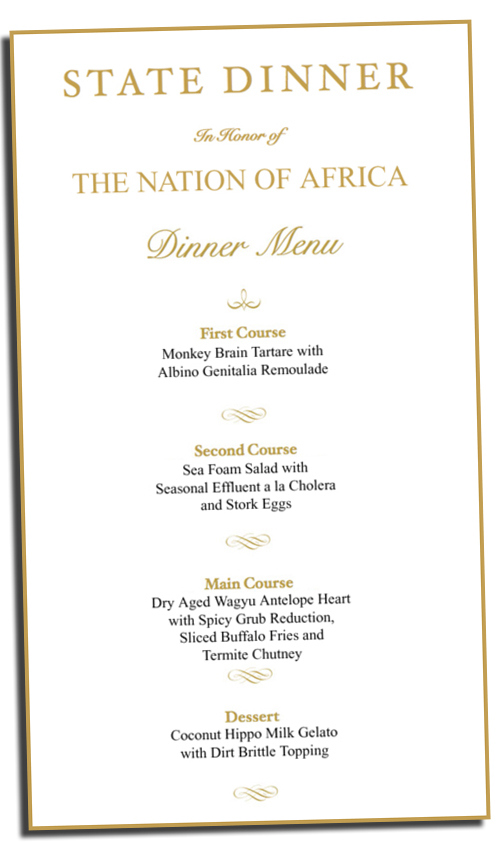 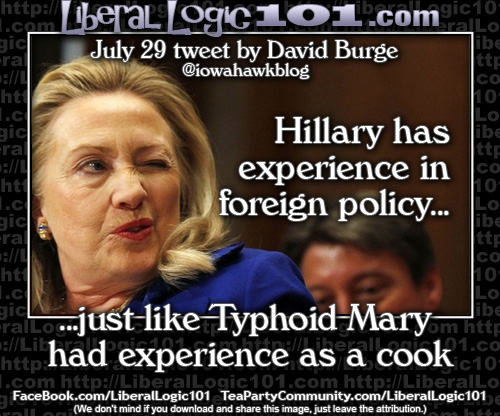 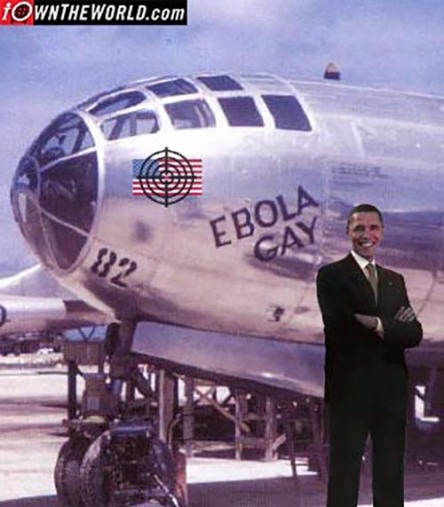 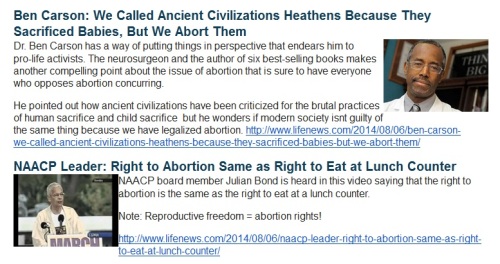 Comments Off on Pro-Life vs Pro-Abortion

Our God is stronger than the Evil One!

Please consider entering into a special period of fasting and prayer to counter the powers and forces being unleashed by this event. 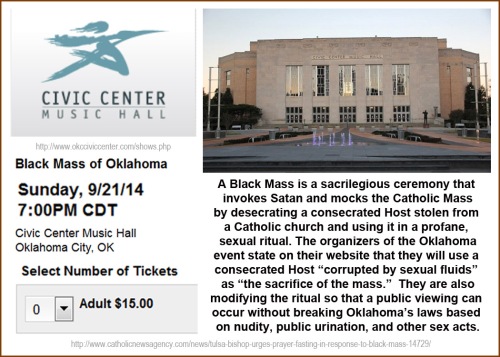 “(The Satanic black mass) blasphemes everything which we hold as sacred and redemptive; and the spiritual dangers it poses ought not be dismissed,” Bishop Edward J. Slattery of Tulsa wrote in a letter to the people of his diocese.

“Since the Civic Center has not responded positively to the pleas of the Archbishop of Oklahoma City not to host this event in a tax-payer supported public venue, I am asking the faithful Catholics in the Diocese of Tulsa to fight this blasphemy through prayer and fasting.”

Showing the world what ObamAmerica is all about 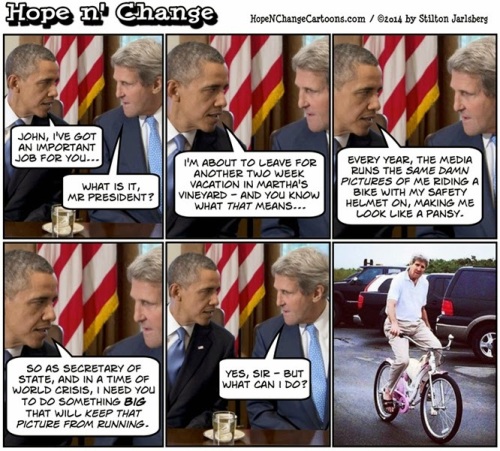 Hope n’ Change believes that the cartoon above illustrates the only conceivable reason that Obama’s Secretary of State John Kerry put himself in the position of being photographed looking like a world-class dweeb at a time when it’s critical to be projecting an image of American strength in the world.

We’re not sure if Secretary Kerry’s bike is an official “Hello Kitty” model, because every time we look closely at the picture our eyes fill with tears for our once-great nation. But perched atop the powderpuff pink girl’s bike he couldn’t look like more of a giant twinkie if he was shrinkwrapped in cellophane and had a rich creme filling.

And frankly, looking at the picture, we’re not entirely sure if there’s even a seat on that freaking bike, or if he just has a pole jammed up his butt (a condition he’s grown accustomed to after most of his recent negotiation efforts).

The picture was snapped in Nantucket, and it’s only with tremendous self-restraint that we’re not turning that sentence into the beginning of an obscene limerick.

The photo, while compelling, may have broken too early to still command the news cycle on Saturday when Biking Barry heads off to Martha’s Vineyard for two weeks of golfing, eating ice cream, wearing mom jeans, and generally mincing around while the world burns.

Vladimir Putin could not be reached for comment because, according to an official spokesperson, “he is laughing so hard he cannot breathe.”

Source from which the above was ripped off in its entirety because it was way too funny to just link to:
http://hopenchangecartoons.blogspot.com/2014/08/news-cycle.html

Comments Off on Showing the world what ObamAmerica is all about