How DUMB do you think I am?!

July 30, 2014: Democrat Rep. Sheila Jackson-Lee announced on the House floor today, “We did not seek an impeachment of President Bush.”

Yeah, well, except for that time when you totally did.  On June 10, 2008, the House of Representatives voted 251 to 166 to refer “H.Res. 1258: Impeaching George W. Bush, President of the United States, of high crimes and misdemeanors”  to the Judiciary Committee. It contained 35 separate articles of impeachment. It was sponsored by Democrat Rep. Dennis Kucinich and co-sponsored by 11 Democrats, one of whom was Sheila Jackson-Lee.

Riiiiiiiiiiiiiight. She and whoever else helped her compose her formal PREPARED remarks before Congress … which are now part of the permanent Congressional record … just what … forgot? … that time when Democrats … you know … sought to impeach President Bush? 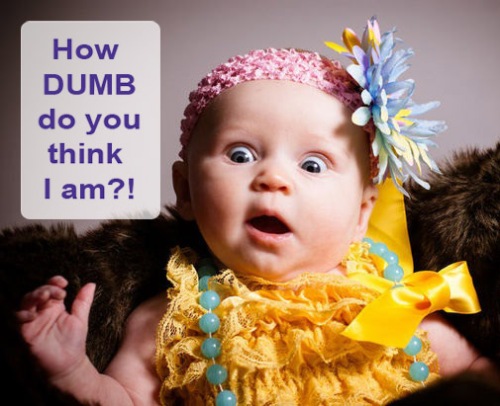