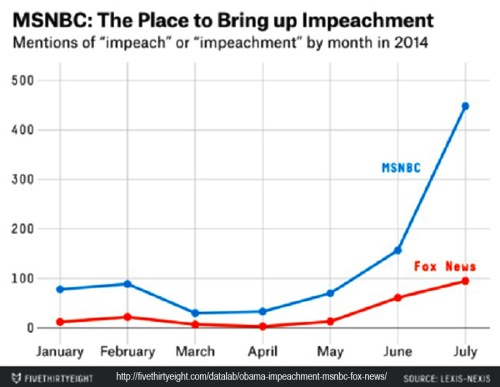 Although the headline of this blog — “Frustrated by GOP’s Unwillingness to Take the Bait, Obama Signs First-Ever Self-Impeachment Order” — is facetious, the two dozen articles that Pundit From Another Planet has linked below the photo seem to be a very good compilation of reports on the subject.  http://punditfromanotherplanet.com/2014/07/30/breaking-in-historic-move-obama-signs-executive-order-to-impeach-himself/

[The graph is from fivethirtyeight.com, a site that specializes in data analysis.]

2 responses to “More on Impeachment Frenzy”