This is really worth the time. 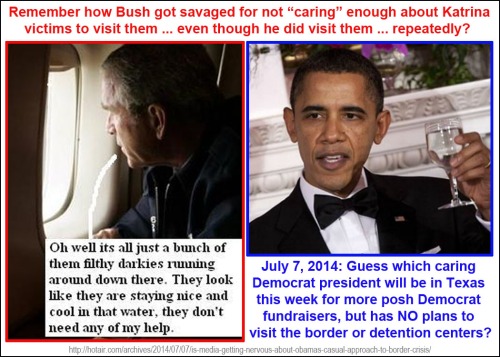 White House Press Sec. Josh Earnest bristled over the impertinence of the suggestion that Obama should take time out of his fundraising schedule to see the scale of this emerging refugee crisis for himself.

“The reason that some people are suggesting the president should go to [the] border when he’s in Texas is because they’d rather play politics than actually trying to address some of these challenges,” Earnest added.

“Since the early 1970s, Chicago and its suburban municipalities have taken a national lead in enacting firearms control legislation. Citizens’ groups such as the Committee for Handgun Control, formed in 1973 and renamed Illinois Citizens for Handgun Control in 1982, have worked together with city politicians and police to pass some of the nation’s toughest gun control laws. Mayor Richard J. Daley was outspoken in his stand against gun rights activists, testifying before U.S. House subcommittees on gun violence in 1972 and creating a special court to process gun crimes. In response to rising gun violence by the end of the 1970s, several Chicago aldermen began exploring the idea of a freeze on handgun registration.” -Encyclopedia Britannica

“Chicago has the strictest gun-control laws in the country. “Assault weapons” and high-capacity magazines are completely banned, and up until a 2010 Supreme Court decision, handguns were banned, too. Residents now can get a permit to own a gun, but the process requires training, background checks and a firearm owner’s identification card. Only 7,640 people currently hold a firearms permit in Chicago, but police seized 7,400 guns used in crimes in 2012 alone.” – Washington Times

Comments Off on Chairs for Charlie 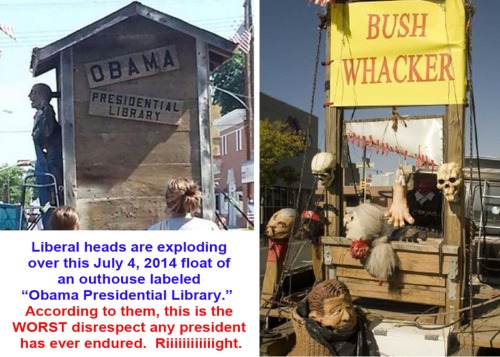 Comments Off on Outhouse vs. Guillotine 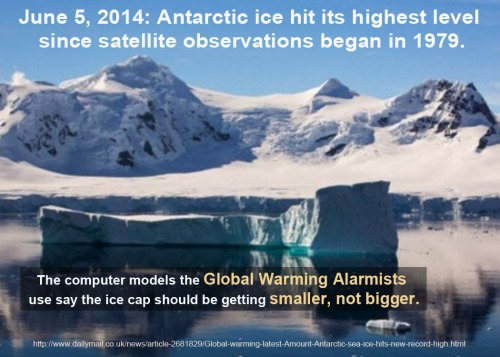 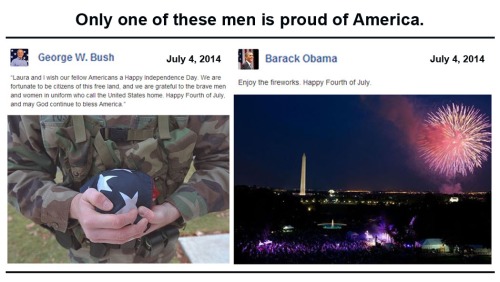 Comments Off on Independence Day: Bush vs. Obama

Yesterday was President George W. Bush’s 68th birthday. Nobody noticed since he’s kept out of the public eye unless the media want to blame him for something. The left never got over the fact Gore couldn’t steal the election in 2000 and from that day forward Bush was treated with more destructive savagery than I’ve ever seen. His mistake was thinking that because he could negotiate with the democrats in Texas that somehow he could do it with the professional haters in DC.
He never once defended himself against all the venality hurled in is direction and he is still blamed today when the left cannot defend their own treachery.
But one thing that was never in doubt….the man loves his country …and its veterans deeply. Like him or not,you did not have to live in fear of what he was going to take away from you. It seems so long ago.