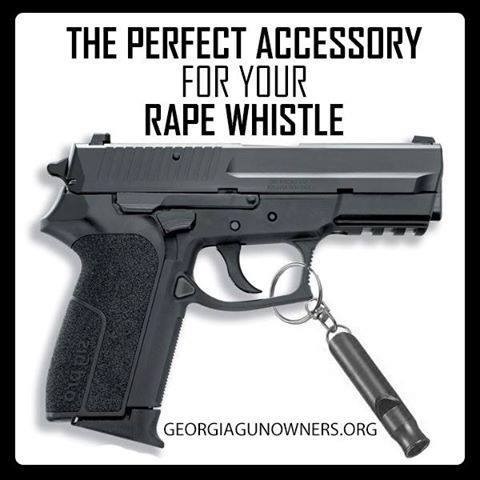 Kristina Ribaldi is a gun-toting Grizzly Mama. This is her story:

I had a stalker for five years. Restraining order: Check. Do not contact order: Check. We spent thousands of dollars putting up security lights, obscured glass, even got an attack dog. Guess what? He still tried to enter our backyard and our home. He was caught no less than four times trying to enter into our yard. He was continually arrested, slapped on the wrist with trespassing charges and released in a matter of days / weeks. I also testified in court against him. Let the judge and the stalker know that I would protect myself with deadly force if necessary. It was not until I chambered a round in our shotgun (unmistakeable sound) at the window. He continued to stalk / peep / trespass and violate the lives of countless other victims. He did not continue to stalk me. I found out later that this stalker was a known meth user. Do you think any female could stop a predator hopped up on meth without a firearm? If you do you’re an idiot. This is why I carry. I’m a mom. I have an obligation to protect myself and my children. I live in a small town with good police officers. They could not save me. Women: Protect yourself. Learn basic self defense and if you’d shoot it, carry a gun. If you wouldn’t shoot it: Don’t carry a gun! It’ll be used against you. Know yourself. Learn your limits.

Filed under Self Defense

One response to ““This is why I carry.””