Hillary Clinton told Dianne Sawyer she can relate to the pain of average America, because … you know … she and Bill left the White House “dead broke” and had to “really struggle.”  Riiiiiiiiiiiiight.

The average employed American household earns about $50,000 per year. The Clintons pull down $200,000 for a single speech.  But yeah … I’m sure they know what regular Americans are facing in this Democrat economy she and her cronies helped create. NOT. 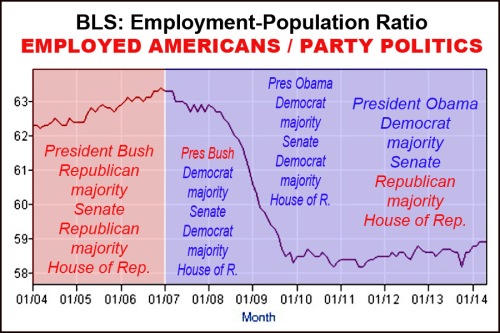 Kristina Ribaldi is a gun-toting Grizzly Mama. This is her story:

I had a stalker for five years. Restraining order: Check. Do not contact order: Check. We spent thousands of dollars putting up security lights, obscured glass, even got an attack dog. Guess what? He still tried to enter our backyard and our home. He was caught no less than four times trying to enter into our yard. He was continually arrested, slapped on the wrist with trespassing charges and released in a matter of days / weeks. I also testified in court against him. Let the judge and the stalker know that I would protect myself with deadly force if necessary. It was not until I chambered a round in our shotgun (unmistakeable sound) at the window. He continued to stalk / peep / trespass and violate the lives of countless other victims. He did not continue to stalk me. I found out later that this stalker was a known meth user. Do you think any female could stop a predator hopped up on meth without a firearm? If you do you’re an idiot. This is why I carry. I’m a mom. I have an obligation to protect myself and my children. I live in a small town with good police officers. They could not save me. Women: Protect yourself. Learn basic self defense and if you’d shoot it, carry a gun. If you wouldn’t shoot it: Don’t carry a gun! It’ll be used against you. Know yourself. Learn your limits.

Filed under Self Defense

But the winner of Sunday’s Miss USA pageant got some bossy liberal panties in a bunch for saying women should learn self-defense.

Huffington Post’s Mandy Velez tweeted she was sorry Miss Nevada won, because self-defense, then tweeted her hope that “Nevada uses her media tour to reiterate that teaching girls self defense is NOT the best way to protect against assault.”  Ummmmmmmm, Mandy? You do know that “reiterate” means to say the SAME THING several times, right? Or don’t they bother much with vocab at HuffPo?

Cosmopolitan editor Elisa Benson said it was “icky to pretend like self defense is the answer.” The derpitude is strong in this one. Her own rag published “How to Save Your Ass With Self Defense” @ http://www.cosmopolitan.com/advice/tips/self-defense

Other LibTweeters opined that the real solution was to “teach men not to rape.” Riiiiiiiiiiiiiight. Cuz “let’s all be victims together” is sooooo much better than what my karate instructor told us girls, which was heavy on “kick him in the balls, then stick your thumbs in his eyes.”

**On a personal note: I was in the Miss Teen USA pageant back in the day. No, not at the high level. I was in a prelim. Our participation consisted entirely of walking on stage and having somebody point at a few girls who were kept on while the rest of us were shooed away. That was IT. Nobody ever talked to us. We didn’t DO anything but walk on to the stage, stand and smile, then get sorted and dismissed. My mom said she thought they were just putting together a nice-looking crowd of girls in a variety of colors to ship on to the next level. One of the other girls said backstage that she’d traveled with a girl who claimed she’d already been told she was going to be Miss Teen USA. I was inclined to believe it. – CtH

Comments Off on Beauty Pageant Answers

Filed under Education, Self Defense

Comments Off on Then and Now

The video of Obama working out in a Polish Marriott gym is not a joke. The Secret Service didn’t shut down the gym for him and someone there surreptitiously video taped the president exercising. I looked at the various versions and picked this one to share cuz it was hands down the funniest.

Remember when Lefties play video clips of Bush trying to open a locked door … over and over and over … and laughed hysterically at how foolish he looked? Me too.

As usual,my cup runneth over with a plethora of marginally interesting things to boggle your mind. It promises to be another week of outrage,pain and governmental excess. There are a couple links to articles about Cankles,among others,so have your Maalox ready and dive right in.

Alison Grimes is running against Mitch McCornpone in Kentucky. She’s pretending to be pro-coal energy. Problem is it was discovered the model in her ad is from France. The ad is as phony as she is. 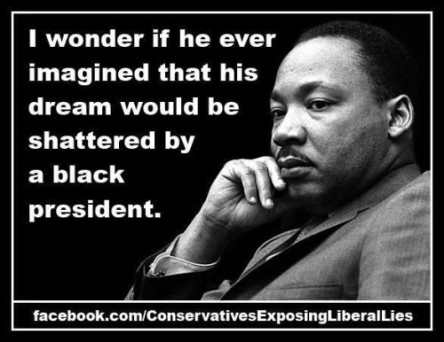