A note to my friend Jane Dough:

One of the features of the internet is that anyone can hide behind the anonymity of a monitor and live their Walter Mitty-like fantasies. I could claim to be a 25 year old,6’2″ mountain of molten lust. Unfortunately,regular visitors here know I’m a 63 year old,pot-bellied diabetic with a pacemaker and severe emphysema and sleep apnea. I may be ashamed of some of the things I’ve done in the past but I’m not ashamed of who I am.

Over the years I’ve had hundreds and hundreds of acquaintances but precious few friends. This blog is the extent of my ‘social networking.’

Chrissy and I put a great deal of time and effort into posting here because it’s a way to connect with others. We get paid nothing. It’s a labor of love and our reward is when people come back to visit or add something to the conversation when they’re so moved. It’s our way of feeling like we can make a difference,albeit a small one. CtH is a master of graphics and articles of faith. I can only copy and paste links to inform,entertain,outrage and sometimes I can make a comment that’s snarky or funny.

GP,Ting and I go all the way back to the old Hillbuzz days and later at M4U. They’ve seen me at my best and as close to the bottom as you can get and still be above ground.  Since coming here I’ve gotten close to Chrissy and BoB and I’ll cherish their friendship forever.

I probably would not get in a democrats’ face because here in Illinois Dems run the state from top to bottom so neither party wastes much time or money here. The entire state is red but Cook County controls all the power and takes our taxes to feed the public union beast. It’s been that way pretty much since the days of Big Bill Thompson in the 1920’s.

I came from a rural community,hate big cities,traffic and big crowds. I would never instigate a confrontation but as I get older I find I care less and less what people think. I know who and what I am and I have few regrets.

Individually we can do nothing to change things,but together maybe we can hold on to the freedoms we took for granted for so long that are being stripped away for a little longer. That’s why I do this.

IS HE TOAST YET?

Pics of The Day: Mooch Gets Her Groove On…

U.S. first lady Michelle Obama dances with students from turn around schools during a talent show at the East Room of the White House May 20, 2014 in Washington, DC. President Obamas Committee on the Arts and the Humanities held the first-ever White House Talent Show featuring performances by major artists and showcase the talents of students from schools participating in the Turnaround Arts program which helps to turn around low-performing schools and increase student achievement through arts education.

IF THEY’RE SO WORRIED ABOUT STUDENT ACHIEVEMENT,WHY DO THEY KILL EVERY CHARTER PROGRAM TO LIFT POOR KIDS OUT OF A FAILED SYSTEM?

ARE WE PAYING FOR TALENT SHOWS IN THE PEOPLES’ HOUSE NOW??

Answer:they don’t give a damn. The teachers’ union calls the tune and they dance to it.

Other deleted tweets that SooperMexican found in the internet archives: 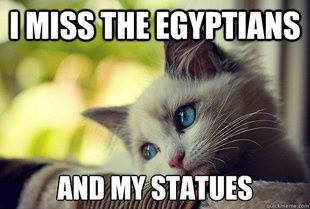 MUST WATCH VIDEO for anyone interested in the fracking debate

“Expose: Hollywood’s War on US Energy”

An undercover journalist from Project Veritas posed as a member of a Middle Eastern oil dynasty and offered $9 million to American filmmakers to fund an anti-fracking movie for the express purpose of protecting Middle East billionaires from competition from American energy producers.

Ed Begley Jr., Mariel Hemingway and Josh and Rebecca Tickell all agree to take the money and hide the source of funds.

Josh Tickell: “Correct. Yes, super clear. We would never tell about where the funding is coming from. That would be really awkward for us. We’re confident that we can keep this zip locked, you know tight, air-tight forever. If we don’t protect who is kind of funding this thing, if we have to disclose that or that becomes a necessary part of it, the whole enterprise will not work. Money to us doesn’t have a moral vibration.”

Rebecca Tickell explains in detail how their connection to MoveOn.org, which is sponsored by the anti-American Progressive George Soros. She also named groups they know that would be appalled by Middle Eastern Big Oil funding. She explains how she and Josh would happily CON these groups to sign on and sponsor the film WITHOUT knowing where it’s funding originated.