616 and the Centennial of the Fatima Angel Apparitions

Click on graphic to embiggen for easier reading of teensy text. Please note: My intention in pointing this out is not to say the apparitions at Fatima were Satanic in origin.  Far from it.  I believe Mary is an integral part of salvation history and that the 20th century apparitions are part of God’s strengthening of His people during the century God granted Satan extra power to try to destroy the church.  See https://polination.wordpress.com/2014/03/21/a-century-of-trial/.

**Tish’a B’Av is a Jewish fast day commemorating the destruction of the First and Second Temples in Jerusalem and the subsequent exile of the Jews from the Land of Israel.

In Oregon,Monica Wehby survived a last-week assault from dems about her being accused of beating up her ex and stalking another boyfriend.

All I heard all morning on the radio and over much of the ‘net doing my research was the left creaming their jeans over the demise of the conservative movement. They could scarcely contain their euphoria. As far as I’m concerned the GOP-e has their big corporate donors that they plan to pass amnesty for,so they don’t need us. So be it.

Barry went before the cameras to empathize with the families of the vets who died waiting for care. He said he was really upset and he would punish any wrongdoers. Then he gave a ringing endorsement to his VA director,Eric Shinseki. I’m including a link plus a short youtube (there is one of his whole speech,but nobody here could endure immersion in massive quantities of self-serving bullshit).

TODAY I’M GRABBING 600,000 ACRES IN SOUTHERN NEW MEXICO AND DESIGNATING IT AS A NATIONAL MONUMENT SO THE RANCHERS WILL BE CUT OFF,THERE WILL BE NO OIL EXPLORATION AND IT’S A PERFECT CORRIDOR FOR THE MILLIONS OF NEW DEMOCRAT VOTERS AND THEIR DRUGS TO GET IN HERE. AND THERE’S NOT A DAMN THING YOU CAN DO ABOUT IT!!!

Howard Dean is a total jerk

Former DNC Chair Howard Dean says Republicans aren’t American. Silly me. I thought I had to be an American BEFORE I could register Republican. Do we really need to ask the question, “What would happen if a Republican had said this about Democrats?” 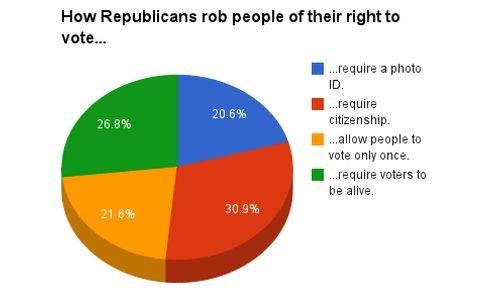 When did religious freedom become an “extreme agenda”?

Kelly File tries to have a DIALOGUE on this subject, but the liberal can’t shut UP long enough to let the conservative SPEAK. I HATE it when people TALK OVER each other and loved Dana’s snark, “You’ll learn more if you keep your mouth shut.” LOL  Sad truth is, Leftists don’t want to learn anything from anyone who disagrees with them.  They just want to SILENCE us.