Yesterday the Chicago Cubs celebrated the 100th anniversary of the opening of this woeful club’s one enduring attraction….Wrigley Field. I’ll never forget my first trip there with my granddad and his brother,my great-uncle Homer. I marveled at the enormity of it,the concrete,the steel girders,the crowds of people I wasn’t used to,and the playing field and scoreboard I had only seen on our black-and-white television. I’m 8 years old,sitting with Grampa,eating a hot dog from a vendor,trying to keep score with the program he bought and getting a Cubs pennant. Few things I have ever done in life have matched the wonderment of seeing my first game with Gramps.

He passed away in 1972,and if he were to return the first thing he’d ask is: ‘Have they won a World Series yet?’ Sadly,the cubs are in the 106th year of their 5 year rebuilding plan.In 1969,when they led the league until August before completely disintegrating I’ll never forget a heartbroken man coming home and saying: ‘They wouldn’t be the Cubs if they didn’t break your heart.’ I never forgot that.

Maybe that’s the way I feel when the political party I favor fails time and again to uphold the promises they made to get elected,preferring instead to consort with the same people they criticized while campaigning for their job. After years of disappointment I have determined the Cubs will never win another championship and the way it’s going the GOP will never again win the White House since they seem determined to grant amnesty to 30 million democrat voters. 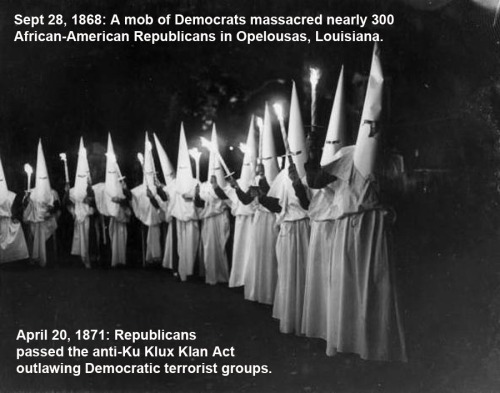 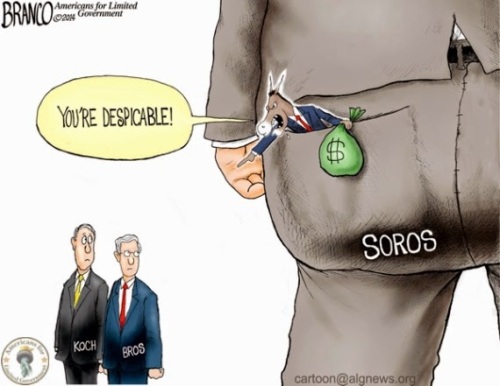 Comments Off on Democrats R Terrible

Two stories from the trenches of the ObamaDoesn’tCare Act

Letter from a senior gentleman in Mesa, Arizona:

I just found myself in the middle of a medical situation that made it very clear that “the affordable care act” is neither affordable, nor do they care.

I’ll go back about seven years ago to a fairly radical prostate surgery that I underwent. The Urologist (a personal friend) who performed the surgery was very concerned that it was cancer, though I wasn’t told this until the lab report revealed it was benign. Since that procedure, I have experienced numerous urinary tract infections, UTI’s. Since I had never had a “UTI” prior to the prostate surgery, I assume that it is one of the side effects from surgery, an assumption since confirmed by my Family Doctor.

The weekend of March 8-9, I was experiencing all the symptoms of another bout of UTI. By Monday afternoon the infection had hit with full force. Knowing that all I needed was an antibiotic, I went to an Urgent Care Center in Mesa, AZ., to provide a specimen, a requirement for getting the prescription. After waiting 45 min. to see the Doctor, I started getting very nauseous and light headed.

I went to the Receptionist to ask where the bathroom was as I felt that I was going to throw up. I was told that I would have to wait for the Doctor because I would need to leave a specimen and they didn’t want me in the bathroom without first seeing him.

That was when the lights went out, my next awareness was that of finding myself on the floor (in the waiting room) having violent dry heaves, and very confused. At this point, I tried to stand up but couldn’t make it, and they made it very clear they weren’t going to let me get up until the ambulance got there. By the way, when you’re waiting to see the Doctor and you pass out, you get very prompt attention.

Now, “the rest of the story”, and the reason for sending this to so many of you.

I was taken to the nearest hospital, to emergency. Once there, I was transported to an emergency examination room. Once I had removed my clothes and donned one of those lovely hospital gowns, I finally got to see a Doctor. I asked “what is going on” I’m just having a UTI, just get me the proper medication and let me go home. He told me that my symptoms presented the possibility of sepsis, a potentially deadly migration of toxins, and that they needed to run several tests to determine how far the infection had migrated.

For the next 3 hours I was subjected to several tests, blood draws, EKG’s, and demands for specimens. At about 7:30 the nurse came back to my room to inform me that one of the tests takes 1- 2 days to complete, I asked if they (the results) could be emailed, at which point she informed me that I wouldn’t need them emailed because I wasn’t going anywhere. I started arguing with her but was told, “if you don’t start behaving, I’ll start taking your temperature rectally, at which point I became a perfect gentleman. I did tell her I wanted to see the doctor because I had no intention of staying overnight.

Now, this is what I want each of you to understand, please read these next sentences carefully. The doctor finally came in to inform me that he was going to admit me. I said, “are you admitting me for treatment or for observation?” He told me that I would be admitted for observation. I said Doctor, correct me if I’m wrong, but if you admit me for observation my Medicare will not pay anything, this due to the affordable care act , he said that’s right, it won’t. I then grabbed for my bag of clothing and said, then I’m going home. He said you’re really too sick to be going home, but I understand your position, this health program is going to hit seniors especially hard.

The doctor then left the room and I started getting dressed, I was just getting ready to put my shoes on when another doctor (the closer) came into the room, he saw me dressed and said, “where do you think you are going?” I simply said “I’m going home, to which he replied, quite vociferously, no you aren’t. I said, “Doc, you and I both know that under the “affordable care act” anyone on Medicare who is admitted to a hospital for observation will be responsible for the bill, Medicare won’t pay a cent”. At which point he nodded in affirmation. I said, “You will either admit me for a specific treatment or you won’t admit me.” Realizing he wasn’t going to win this one, he said he would prepare my release papers.

A few minutes later the discharge nurse came to my room to have me sign the necessary papers, relieving them from any responsibility. I told her I wasn’t trying to be obstinate, but I wasn’t going to be burdened with the full (financial) responsibility for my hospital stay.

After making sure the door was closed, she said, “I don’t blame you at all, I would do the same thing.” She went on to say, “You wouldn’t believe the people who elect to leave for the same reasons, people who are deathly sick, people who have to be wheeled out on a gurney.” She further said, “The ‘Affordable Care Act’ is going to be a disaster for seniors. Yet, if you are in this country illegally, and have no coverage, you will be covered in full.”

This is not internet hype folks, this is real, I just experienced it personally. Moving right along, this gets worse.

Today I went to a (required) follow up appointment with my Arizona Family Practitioner. Since my white count was pretty high, the follow up was important. During the visit I shared the experience at emergency, and that I had refused to be admitted. His response was “I don’t blame you at all, I would have done the same thing”. He went on to say that the colonoscopy and other procedures are probably going to be dropped from coverage for those over 70.

I told him that I had heard that the affordable care act would no longer pay for cancer treatment for those 76 and older, is that true? His understanding is that it is true.

The more I hear, and experience the Affordable Care Act, the more I’m beginning to see that we seniors are nothing more than an inconvenience, and the sooner they can get rid of us the better off they’ll be.

November is coming folks, we can have an impact on this debacle by letting everyone in Congress know that their responsibility is to the constituents, not the president and not the lobbyists. We need to let them ALL know that they are in office to serve and to look after the BEST INTERESTS of “we the people”, their employers, and not to become self serving bureaucrats who serve only out of greed. And if they don’t seem to understand this simple logic, we’ll fire them.

The following is from an article at Catholic Vote:

Democrat Rep. Gary Peters of suburban Detroit is normally a very strong campaigner. But he’s having a tougher time than expected as he tries to win the Senate seat of retiring Democrat Carl Levin.

To help him sagging poll numbers, Peters thought he would bring back the “war on women” campaign tactic that proved very successful for Democrats in 2012.

Surely you remember the faux “war or women.” This is where feminists and Democratic candidates went before tv cameras and aired commercials asserting that if Republicans like Mitt Romney won women would somehow be unable to purchase contraception anymore.

The Pill has been readily available at every corner drug store for over 50 years. Contraception has even been subsidized by state and federal governments for decades.

No political candidate has suggested making the Pill illegal.

We expect politicians to lie, but the “war on women” attack has got to be the most disingenuous political attack of the last 50 years.

If you don’t favor forcing businesses to offer contraception as a free benefit to employees, then somehow you are “anti-woman” and you want to make contraception illegal.

It’s a total lie. But it worked in 2012. So Gary Peters went for this attack and called his opponent “anti-woman.”

The only problem? Gary Peters’ opponent is a woman.

And Terri Lynn Land refused to let this garbage attack go unanswered. She pounced on Peters’ nonsense talk with a very clever ad of her own.

Comments Off on Hysterical GOP candidate response to Dumbocrat attack

The AGE hypocrisy has started

The Left squawked that Reagan and McCain were too old to be POTUS.  Hillary is in the Democrat Media Complex’s White House bull pen, so naturally, HER age is no biggie.  Just one example from Bob Cesca:

Personally, I don’t care how old she is. I care that she’s … you know … Hillary Clinton.

Comments Off on The AGE hypocrisy has started