The 2014 SO muCH fail olympIcs

It probably depends who you are why you’d think that’s funny. There are those who refused to go because Russia has such a repressive government. Then there are those who had to go and are shocked and amazed that the Workers Paradise managed to do such a crap awful job getting ready.

Then there’s me who remembers how Mitt Romney took over SLC’s scandal- and debt-ridden Olympics preparation and brought the project in on time and under budget. After the way those JournoLefties treated him in 2012, it is sweeeeeeeeeeeeeet to watch them getting a snoot-full of what Communism actually produces. KWIM?

A Reuter’s photographer found his assigned room was full of construction debris, with yellow-brown water and appliances that didn’t work. The next room they offered him had construction workers still sleeping in it. The third one … a stray dog. But, no worries. They are now rounding up and killing the numerous stray dogs. 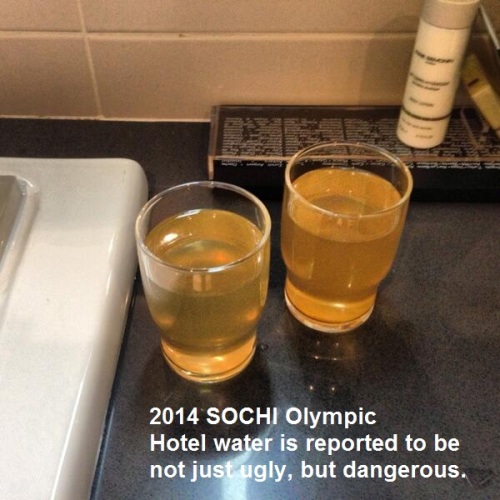 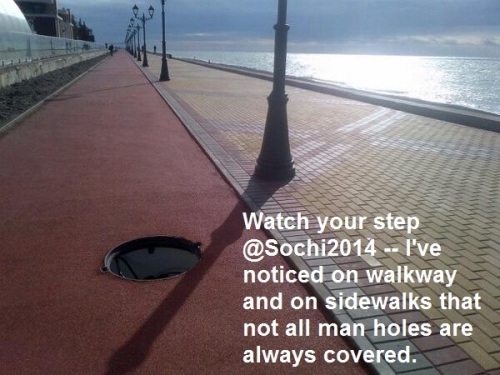 Three of the nine hotels were not completed on time and an estimated 97% of all the rooms are missing not just high tech amenities like wifi and TVs, but also necessities like HEAT.  Never mind the lamps, chairs, curtains and pillows that didn’t arrive.

The lack of shower curtains may not be such a biggie, seeing as there may be no water and if there is water, it may be dangerous or cold or both. You also aren’t supposed to flush toilet paper (if there is any) down the toilets. They provide little bins for it. I know this is not unusual in some places in the world. But this is the OLYMPICS.

One hotel worker who moved to Sochi two years ago to get the place ready told reporters it was largely the corruption and bureaucracy that delayed construction though the weather hadn’t helped. But folks … it’s the WINTER Olympics. Weather is part of what you plan for. 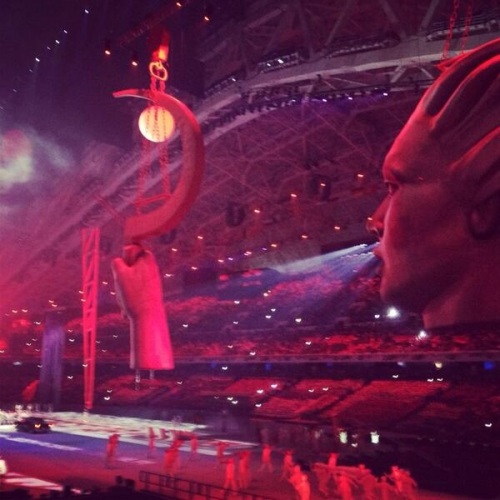 Do you suppose any of the JournoLefties who dumped on Mitt in 2012 are having any eye-opening, brain-busting “Ah Ha!” moments about the Communist Sochi Olympic FAIL vs. Romney’s Capitalist Salt Lake City Olympics SUCCESS? Hmmmmmmmm … I guess this would require JournoLefties to have brains, so maybe not.