Comments Off on Obama vs. Romney: Campaign Finance Report

PRO-LIFE vs. PRO-DEATH: Report from the front lines

On Saturday, January 25, 2014, the Walk for Life was in San Francisco where a counter-protest had been organized by a radical pro-abortion group that calls pregnancy “enslavement” and publicly advocates for violence against Pro-Lifers. 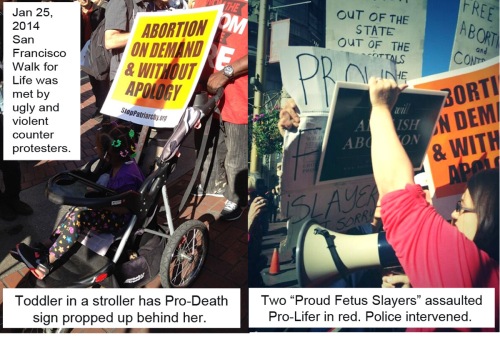 A spokesperson for Students for Life noted that those who are often the most hateful are those still hurting from their abortion and is why everything we do is peaceful and in love. It’s something we should all remember.

Comments Off on PRO-LIFE vs. PRO-DEATH: Report from the front lines