The screening of FrackNation scheduled for Sunday at the Frozen River Film Festival in Minnesota has been canceled. This is the first such cancellation in the festival’s nine year history.

The organizers gave several contradictory reasons for the cancellation. FrackNation Director Phelim McAleer chalked it up to a cowardly response to Left-wing bullying.

FrackNation was funded through the most successful Kickstarter crowd-funding documentary campaign ever, raising $212,000 from more than 3,300 people.

I’m proud to say I was (a very minor) one of those crowdfunders and that the documentary is excellent. Dearest went to the screening in Binghamton and got my DVD signed by Phelim. 🙂

Comments Off on FrackNation and Liberal Tolerance

IN OCTOBER, we all saw the disastrous roll-out of the Obamacare website. IN NOVEMBER, we learned that Tony Trenkle (Chief Information Officer for Healthcare.gov) told his boss Marilyn Tavenner and her boss Kathleen Sebelius that the website could NOT be secured without another year of work. He recommended they delay the launch.

Tavenner and Sebelius buried Trenkle’s warning and launched the insecure site anyway, KNOWING it would put millions of Americans’ most personal information at risk.

LAST WEEK, hacking expert David Kennedy testified before Congress last week that he had no trouble penetrating the site’s so-called security and gaining access to 70,000 personal records of Obamacare enrollees.

“It’s not just myself that’s saying this website is insecure,” he told Congress. “It’s also seven other independent security researchers that also looked at the research I’ve done and came to the exact same conclusion.”

A heart full of grace

Whoever desires to become great among you shall be your servant. —Mark 10:43

Some people feel like a small pebble lost in the immensity of a canyon. But no matter how insignificant we judge ourselves to be, we can be greatly used by God.

Comments Off on A heart full of grace

I’m helping Dearest get ready for the Pro-Life March in DC. It’s challenging because they’ll be in the same clothes for 24 hours, about half on the bus, some at inside venues and the rest out on the mall … in January. And one of the venues they’re visiting doesn’t want backpacks taken inside, which means everything he wants or needs has to be worn or carried in pockets or hanging off his neck. He leaves tomorrow night and returns Wednesday night. Please pray for blessings, joy and safe travel for him and all those going to this event. Thank you. 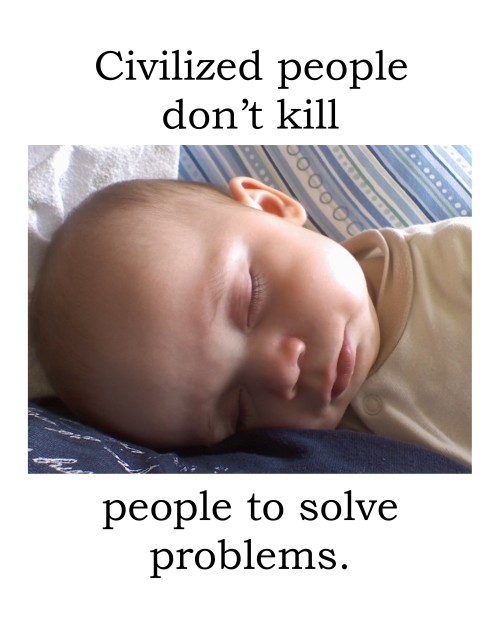 The Choice By Emily Stimpson

Why will half a million people be smiling this Wednesday?

Because it’s a March for Life, which means it’s an event shot through, from first to last, with hope.

Today is the annual rite of leftards pounding their chests and patting themselves on the back for ‘carrying on Dr. King’s dream’ when in reality they would not have allowed them in their party since he was a republican. The whole thing is an exercise in self-aggrandizing puffery since Rear End Jesse Jackass dipped his shirt in MLK’s blood and proclaimed himself the next savior of the black race. Most of his followers are so ignorant they don’t realize the only color he’s interested in is green.

Just to clarify: Gov. Combover did not tell conservatives to leave New York. By all means,pro-life,pro-gun and pro-marriage people are welcome to work hard and pay taxes so the leeches that have their hands out every month are taken care of. Period. He doesn’t want to hear anything from you since the fact you disagree with him you’re obviously wrong. So shut up already.

BARACK,YOU ASSHOLE! PUTTING ITCHING POWDER IN MY PANTIES IS NOT FUNNY!

The GOP are planning to sell out their base and hand amnesty over to the democrats.This is what the party will look like in a few years:

Democrats would like us to buy their Big Fat Lie that welfare, food stamps and unemployment benefits boost people out of poverty.

Policy is set jointly by the House, the Senate and the President.

Each party has held dominance for a significant chunk of time in recent years, allowing their policies to have a real impact.

Thus we can easily see what effect real Republican vs. Democrat policies have had on real poverty rates.

Poverty rates are calculated annually by the U.S. Census Bureau. Basis for my graph is from http://en.wikipedia.org/wiki/Poverty_in_the_United_States.

To see a graphical History of Political Party Controlin DC from 1953 to the present, go to http://tinyurl.com/kh6s6gf. Feel free to link or copy my graphics. The data I used came from Wikipedia where each session of Congress has its own page. You can start with the current Congress @ http://en.wikipedia.org/wiki/113th_United_States_Congress and cycle back by clicking on the numbers at the bottom of the box with the Capitol building photo.