Conservatives, in a nod to intelligence and good journalism, suggest this may be the stupidest headline and premise of a story ever and ponder, if the Pope is still Catholic, is it too late for TIME to rescind that Man of the Year thing.

It sucks to be you

January 13, 2014: Check out this tweet thread by a self-proclaimed fan of ObamaCare

Interesting, isn’t it, how given a choice, she kneejerks to blaming the private insurance company that’s trying to provide a product in the face of massive and massively incompetent federal regulation?

Typical Dumbocrat. She prolly thinks having supported ObamaCare, she should get preferential treatment while signing up. Cuz like you know only evil right-wingnuts deserve to get screwed by the federales.

Here’s a tip for ya, honey. Go read up on the French Revolution. Or if real history is too hard for you, try watching every episode of the BBC’s brilliant series, Robin Hood, and pay attention to the rather critical point that Robin and his band were outlaws fighting high taxes and government oppression. Think: Tea Partiers with bows and arrows.

Comments Off on It sucks to be you

I just don’t get it. Only 28% of the country describe themselves as liberal,yet they virtually own Hollywood and the education system. Weasel Reid pissed on the Senate rules so Barky could finish packing the DC Court of Appeals with hard-left hacks,which he has done,and now it seems they control the Chief Justice of the Supreme Court. I truly ache to bring you any positive news for our side,but it just will not happen.

I can’t imagine how the few remaining vets from the greatest generation feel about seeing the country they went through hell to protect being strangled and raped by people unfit to shine a good man’s boots. Soon they will all be gone and their sacrifice relegated to the dustbin of history since our educational system won’t even mention what they endured.

I didn’t watch any of the Sunday gabfests(I never do) but it wasn’t hard to figure out the carrion crows are still lusting for the flesh of the New Jersey governor. Even if Christie didn’t know about the bridge closings,they’ll pay some flunky in his administration to claim he did. (Think of the bimbos who accused Herman Cain of paying them a compliment.) Once he buckled,they took the cash and disappeared.

There was a celebration of arrogance and pomposity last night called the Golden Globe Awards. That’s where barely literate lumps of humanity make millions of dollars saying words someone else wrote. They come out nearly-nude in their designer gowns and congratulate all the “little people” that made their stupid award possible. From what I read,God must have poked a little fun at them….there was a sewer backup and the smelly stuff ran all over the red carpet where all the famous and near-famous exit their limousines.

As always,there’s a lot to choose from after the weekend and I always do my best to bring you good stuff.’The way I’m feeling today,there are no promises.

THESE TWO WOMEN WERE INVOLVED IN A ROAD RAGE INCIDENT WHERE ONE CHASED THE OTHER INTO A GATED APARTMENT COMPLEX AND SHOT THE WOMAN IN THE HEAD AT POINT BLANK RANGE IN FRONT OF THE VICTIM’S FRIEND WHO WAS SITTING NEXT TO HER. THE SHOOTER HAS A LONG HISTORY OF VIOLENT CRIME AND WAS RELEASED FROM PRISON THREE MONTHS AGO.

OK,call me a racist,I really don’t care anymore. I’m just sick to death of seeing innocent people slaughtered for no apparent reason by feral primates who prey on the weak and would rather rob than work. OK,you can yell at me now.

HER BFF,GAYLE POSTED THIS PIC….THIS IS ACTUALLY ORCA CLEANING THE TOILET AT HER MAUI MANSION.

(can you imagine a billionaire cleaning her own stool? me neither.)

Apparently the ten days Mooch squatted at her place took a toll on the plumbing system.

Remember when we had morals and standards and stuff? Good times.

I talk a lot about the impending End Times because, well shucks. I believe in it. And I want as many of all y’all to be ready to say YES to the Rapture as possible. If Noah had been given the option to take more folks on board, dontcha think he and his family would’ve been doing the same thing?

Anyway, one time when I was yammering on about some aspect or other of this, my friend scoffed and said, “That’ll never happen. This is the United States!” (Yeah, they said that in Germany too.)

I suggested she cast her mind back to the 1950s and consider who would’ve believed that, fifty years later, citizens of the United States of America would have LEGALLY murdered more than 50 MILLION unborn babies. (She got my point.)

So here again, I ask you to cast your mind back a ways and ask yourself who would’ve believed that before the end of the 20th century, there would be something as absurd as an international “No Pants Day”?

According to the article linked below, it was started by an improvisational theater group in New York in 1999 and has since spread to more than 60 cities across the world.

Isn’t that just So Special knowing that, one day a year, you and your minor children will be exposed to the “fun” of sharing the public streets and subways with nearly butt nekkid adults?

What’s next, guys? No undies day? Pants optional all the time?

It could happen. Public nudity has already been legalized in some places, mostly just beaches and private resorts. But some towns in Vermont and Oregon have liberal nudity laws and I’ve read about at least one community having problems with perverts flashing in school areas.

Wikipedia has a list of places in the U.S. where you can go clothes-less and oh-so-helpfully includes a nice full frontal photo of a group of guys enjoying said freedom. I wish they’d given me a warning. When I was a kid, we had to sneak a peak at the National Geographic, the Sex and Reproduction article in the encyclopedia, or the Playboy your brother had hidden under his mattress to see stuff like that. Now it’s on daytime television.

Who is the real sellout?

Who is the real sellout?

One of the many insidious monikers hurled at black conservatives is “sellout.” Black liberals who fear the rise of independent-thinking blacks are threatened by those of us who refuse to be stuck on the 21st century economic plantation of the white progressive socialists.

I find it absolutely disgusting how the black community continues to fawn over a person who took it upon himself to make one of his first decrees the cancellation of the DC school voucher program for young deserving black children. That person of course is President Barack Obama.

And his policies continue to damage the black community. Case in point: Tom Allison of the Huffington Post shows the abject decimation of opportunity for young blacks ages 16-24.

Nearly one in four black 16- to 24-year-olds was out of work in November, compared to only about one in ten white workers in the same age group.

In other words, as we enter the sixth year of the Obama economy, the failed economic policies of the “first black president” are exacerbating the unemployment of all black Americans. While Obama is yukking it up taking “selfies” at Nelson Mandela’s memorial service, the latest Bureau of Labor Statistics data shows in November 2013 black workers aged 25 to 34 had an unemployment rate of 13.6 percent. A year ago the rate was 12.7 percent. This is more than double the rate of white workers in the same age group at 5.9 percent.

Black workers have consistently seen higher unemployment rates that whites, but these numbers are certainly disturbing, and epidemic.

The fact that the nation’s black young adults are worse off than they were a year ago should be a serious concern for our nation’s leaders. The recovery is slow enough as it is, but the widening the racial gap among young people makes this issue even more urgent to address.

But is it actually a concern for Obama and the coalition of race baiting, poverty-prophet black leaders? Combine this with the deplorable state of the black family, crumbling inner cities, astronomical murder and incarceration rates, and you have a recipe for disaster. However, as former Chairman of the Congressional Black Caucus Emmanuel Cleaver stated, “President Obama knows he has a certain amount of deference given to him. But if there were anyone other than him in the White House we would be marching.”

So I ask all of you proud black liberals, who is the real sellout? Those of us who offer solutions for economic growth, education, restoration of the black family, and a future of opportunity — or your self-proclaimed messiah incarnate President Obama who is selling you to his white progressive socialist masters for your blind obedience and vote?

United States Senator Mike Lee posted this. If it doesn’t scare the bejeebers out of you, then you haven’t got any bejeebers left. 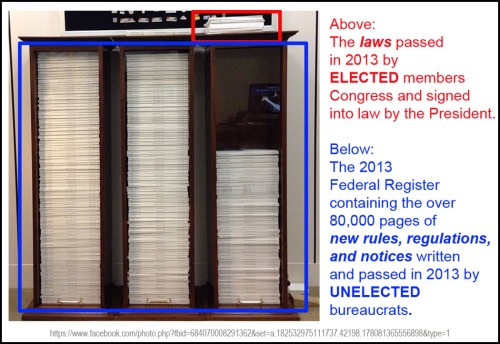