The folks at Organizing for Action (also known as @BarackObama) won’t rest until everyone spends this holiday season talking about health insurance. Then, when they eventually do rest, they’ll do it in plaid onesies, apparently.

No, what’s really depressing is THIS: 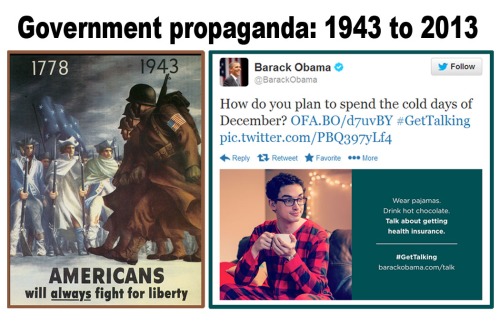 But former Illinois congressman Joe Walsh had a nifty reply: 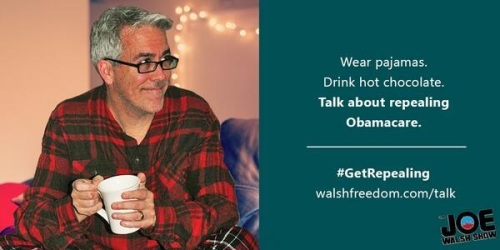 Photoshoppers got in on the action, natch. This is my fave … and not just cuz Angelaisms did it AND made Twitchy with it!