A Canadian school sent this note home to the mom who had packed her children’s lunch with roast beef, potatoes, carrots, oranges and milk. Because she had neglected to include the government-mandated GRAIN, the school gave the kid some Ritz crackers and fined the mom $10.

Why grains? Mostly because they keep. Their nutritious value does not compare with the whole, FRESH foods this mom packed for her child.

But the grains vs. no grains dispute has no real bearing here, since Ritz Crackers are made with REFINED grains anyway. And they’re loaded with saturated fat and sodium, so basically, this Real Foods mom was fined for NOT including CRAP in her kids’ lunches.

To drive home the absurdity of the Nanny State’s Food Police Policy, this mom who is now $10 poorer reports she could have packed Kraft mac & cheese, a hot dog, a package of fruit twists, a Cheestring, and a juice box and it would have been met with approval by the Big Government Knows Best Nutrition Fascists.

Don’t get my point? Check out how “nutritious” (not) FIVE Ritz Crackers are compared with the CARROTS the mom had packed.

If the benefit to eating grains is to encourage heart health and discourage pudginess and diabetes, then I’m thinking RITZ crackers stuffed with white flour, saturated fat and salt pretty much totally defeats the point of eating grains at all.

But never mind all that. Nanny State says, “You must eat crackers.” So cough up that $10, you Bad Mother Feeder, you!

Note: These are real advertisements paid for by the Colorado Health Care Exchange, which I believe means they were actually paid for by taxpayers via federal grants. 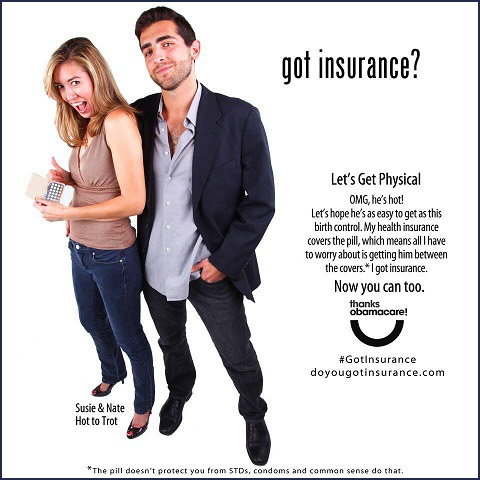 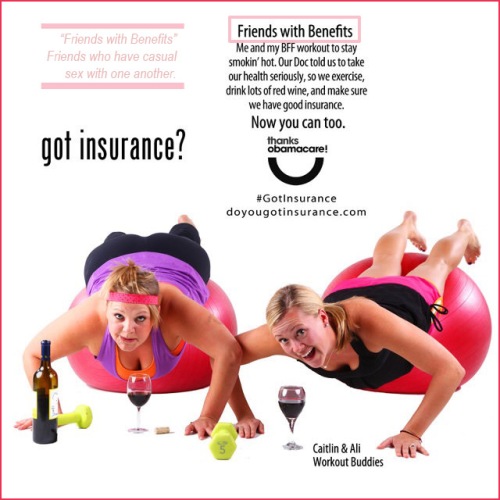 Pottage and the U.S. Constitution

My dear friend, Angelaisms, has written a brilliant essay about the fundamental difference between the Left and the Right in our society today.

It all boils down to pottage. You know … like in Esau and Jacob? I’ve been hearing that story my whole life, but never saw it like this.

I call this piece “brilliant” because it’s so SIMPLE. Clear, accessible writing about complex, multi-layered subjects is the hardest thing to do and she’s done it here … well, brilliantly.

Excerpt to whet your appetite:

We all like rights. We all talk about them. And we like to think that we all have a common definition for the term.

Unfortunately, we don’t. When you boil it down, there are two different schools of thought on what the proper synonym is for “rights:” it’s either “authority” or “stuff.”

They are mutually exclusive.

I promise you won’t be sorry.

This is Friday Funday. I owe it to you,I will give it to you. My heart really isn’t in it,so don’t mind me if I rant a bit. I had planned on saying something about where I was when JFK was shot. I think we all remember. And how he would not even be welcome in today’s democrat party and how liberals constantly invoke his name and that of MLK,who was a republican, and the inherent hypocrisy therein.

But I’m still fuming about the naked power grab that happened yesterday. Those of you who are waiting for the GOP to regain the majority in the senate in 2014 can forget it. That traitorous bastard McConnell has already signaled if he becomes majority leader he will reinstate the filibuster rules so the dems can still call all the shots. There are 45 gop senators who had tens of millions of voters put them in office might as well have not even voted. McConnell said in a conference call sponsored by DC Rove that the tea party are the real bullies,calling out Cruz and Lee by name. He said the way you handle bullies is to punch them in the nose. If he doesn’t get primaried it doesn’t matter what else happens. They don’t give a shit about what happens to the people as long as they get theirs.

I got a statement from the hospital for charges that had been previously been turned in to Medicaid. I called the liason at the hospital and she said they lost the paperwork she’d hand-delivered to them and I needed my copies of the bills we turned in for payment. DW always put them in a folder,but she said she’d given them back to me because she couldn’t find them. I told her she should know better than to guve me that stuff because my desk is a disaster. She screamed ‘now you’re blaming me!’ With that she stormed out the door and off to her BFFs. She hasn’t been that mad in awhile. She’ll get over it….by supper,I hope.

“‘Law’ is the sand they toss in your eyes before they kick you in the nuts and curb-stomp you.” – WRSA Reader

BTW,did you know Barry just changed the date for the second round of cancellations of insurance notices delayed from April until Nov. 15… AFTER the mid-terms. Surprised? Shouldn’t be.