Project Veritas does it again!

The guy heading up a group being paid to enroll people in ObamaCare is caught on film conspiring to get private data from enrollees to give to an Obama PAC for use in campaigning for Democrats. He also admits this type of thing has happened in the past. The meat of the exposé is on the first 15 minutes. The rest is the full, raw video from which the exposé footage was taken.

Bring out your dead!

Remember during the “debate” over Obamacare, we were told that without access to health care, those 15 million people would be dying in the streets? It’s been over 3 years since it was signed into law, waivered and delayed in numerous sections, yet I still can’t find those stacks of corpses that we’re supposed to have as a result of them not having health care. ~Tugboat Phil

Pistol Pete and his motorized cart starring in … 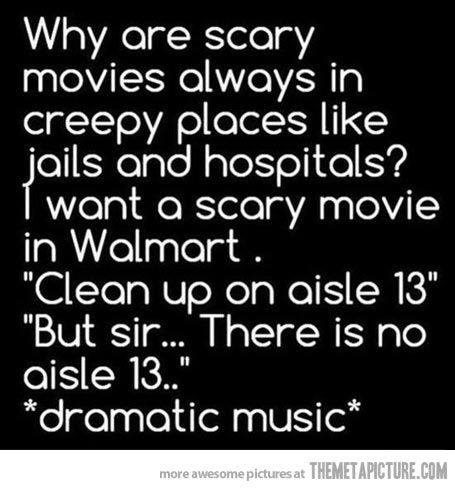 A wise teacher and two apples 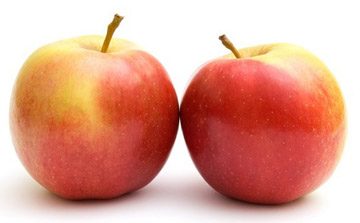 This 5th grade teacher had her kids sit in a circle on the floor for a lesson about bullying.

She showed them two apples and asked them to list the differences and similarities between the two apples. She had deliberately gotten two that were as similar in color, shape and size as possible, but one was very slightly smaller and a little bit discolored.

I held up the other apple that was only slightly discolored and smaller and I said, “Gross. This apple looks disgusting!” and dropped it on the ground. My kids all looked at me like I was INSANE! A couple laughed uncomfortably, but for the most part they thought I had lost my mind.

Long story short, my kids got very into saying mean and hurtful things to this apple and dropping it in front of them. I hate your skin.” “You’re an ugly color of red” “Your stem isn’t very long” “You’re probably full of worms” on and on and on.

When that apple got back to the teacher, she had the kids talk about what had happened to it and why. They got the message.

Comments Off on A wise teacher and two apples

The Buck Stops Where?

CBS News Poll: Obama’s job approval hit 37%, the lowest ever and down 9 points from just one month ago. His disapproval rating is at 57%, the highest level for this president in CBS News Polls.

Asked at a WSJ forum what he might have done better in implementing ObamaCare, the president blamed Republicans for failing to help him in “fixing glitches and fine-tuning the law.” 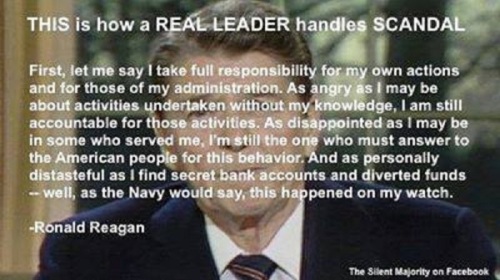 The Great Pretender by PolitiZoid

This is SO well done!

Comments Off on The Great Pretender by PolitiZoid

The one thing Øbama was always good at was raising money at glitterati fund-raisers. It seems even that star is fading. The DNC just sent out this email about his next such appearance:

“An exciting new update I would love to mention is that we have reduced the price for the general admission luncheon tickets to $500/person. In addition, all current $1000 ticket holders will be upgraded to VIP (this includes premium seating near the stage and Presidential rope line access).”

What this amounts to is a guy in a cheesy suit standing in front of ginormous FIRE SALE!! signs, screaming annoyingly about how you must come down Right This Minute!! because Everything Is Half Off!! for a Limited Time Only!! 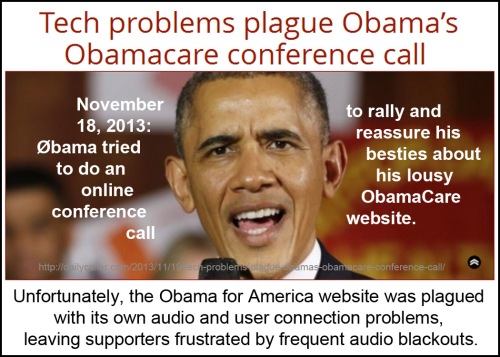 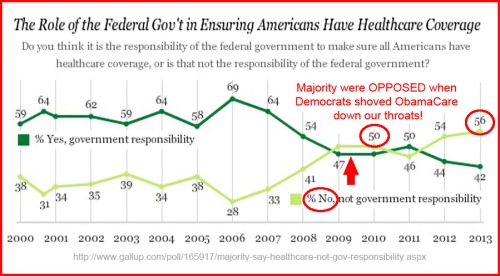 Mindful:thank you for your kind words yesterday. Commenters are gratifying because it means I’ve motivated someone to join the conversation. But my opening comment yesterday was due to the hits per hour this site gets. I take my posting priveleges seriously,but I don’t have the skill Chrissy does to insert awesome graphics,charts and references. Any idiot can copy and paste,but I try to use humor and my capacity for sick and perverse commentary to make people want to check daily to see what that idiot came up with today. In a pressure cooker world I try to be the release valve so you can be comforted by the fact that no matter how bad things are for you,at least you ain’t me.

LOOKS LIKE SOMEBODY’S GETTING COAL IN THEIR STOCKING THIS YEAR