Muslim prayer only on Temple Mount

Jews are forbidden from praying or carrying out any religious rituals on the Mount, and are subject to many other severe restrictions – including periodic blanket closures to Jewish visitors – out of deference to an Islamic complex built on top of the ruins of the two Jewish Temples.
http://www.israelnationalnews.com/News/News.aspx/171915

Comments Off on Muslim prayer only on Temple Mount

God will sort them out one day

Enemies are awful and enemies are mean.
But all their wicked, wicked deeds
by God above are seen.
Now God is all forgiving, but God is also good.
And God will sort them out one day
just like we wish we could. 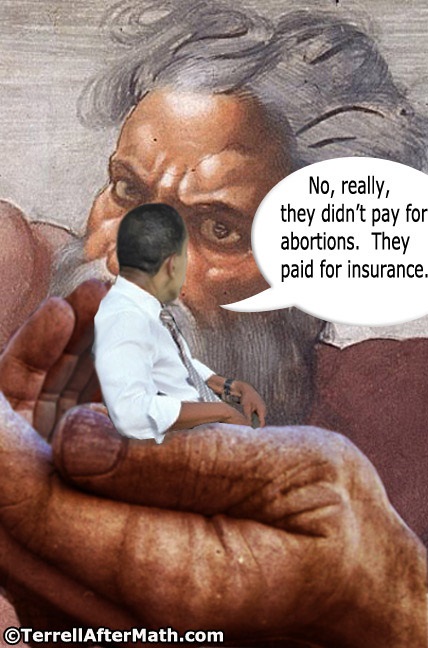 Federal police? Is this for real?

Note: I posted the facebook link here, but it now says the page is unavailable.

CtH: I wanted to check the name derivations for myself. At the sites I visited first, most of the derivations matched the video. But some did not, so I searched further and found a wonderful site (Abarim Publications) that turned this simple video lesson into a rich meditation.

Adam is one of five words that indicate a MAN (words like dude, guy etc). This particular word indicates MAN as a being CREATED FROM MATERIAL and adamah indicates the ruddy earth found in the Middle East. Adam also means a CORPOREAL ONE, as opposed to the non-corporeal angelic creatures who were created before Adam.

CtH: The video designates the ADAM in the genealogy message as the first man, that is mankind stained by sin. But it can also refer to Jesus who “became man” (Creed http://www.vatican.va/archive/ccc_css/archive/catechism/credo.htm) and as Paul taught was “the last Adam” (1 Cor 15 http://www.usccb.org/bible/1corinthians/15).

Seth means PLACED or APPOINTED in Hebrew. It is spelled the same as shet, meaning FOUNDATION (Psalm 11:3 http://www.usccb.org/bible/psalms/11).

CtH: Again, the sentence in the video applies this verb to the first man Adam, but it easily describes Jesus as well (1 Cor 3:11 http://www.usccb.org/bible/1corinthians/3).

Enosh is one of the Hebrew words meaning MAN or MANKIND, but unlike Adam, which is rooted in adamah meaning EARTH, Enosh is rooted in the anash meaning TO BE DESPERATE, WOEFUL (Jeremiah 17:9 http://www.usccb.org/bible/jeremiah/17). Most frequently it is used to describe a WOUND or PAIN which is INCURABLE (Jeremiah 30:12 http://www.usccb.org/bible/jeremiah/30). NOBS Study Bible Name List sums it up in the word MORTAL.

CtH: This is such a rich combination when applied to Jesus, who BOUGHT our SORROW, becoming OWNER of our MOURNING.

Mahalalel is commonly described as being the Hebrew for PRAISE OF GOD, PRAISING GOD.

Abarim Publications explains halal is a verb meaning variously TO SHINE (i.e., what celestial bodies do), TO PRAISE or BOAST (the source of hallelujah), or TO BE IRRATIONAL (as in coocoopants crazy).

Abarim Publications also says that ‘el’ is the common abbreviation for Elohim, the first of three Divine Names by which the Creator is known. Interestingly, Elohim is a plural word, which is peculiar because the Jews were adamant that God is one and it was only after Christians met Jesus, the Son of God, that they began to understand how the one God could be the plural Elohim, which is the FIRST name given to God in the Bible.

CtH: Abarim Publications does not discuss the ‘ma’ at the beginning of ma-halal-el. When I googled, I found ‘ma’ at the beginning of a bunch of common questions in Hebrew. http://www.ulpan.net/10-ways-to-say-hello-in-hebrew. It seems to mean “What …. ?” E.g., the page says, “Ma ha-matzav?” literally means, “What’s the situation?” and shows the second part of the Hebrew as the word for “situation.”

The video turns Mahalalel into a noun – the one being praised, the one deserving of praise. I don’t quite get how that works. It seems as if it’s a question, doesn’t it? I’m totally spitting into the wind here, having ZERO training for this. But maybe “Ma halal el” could be “What divinity shines like a star?” or maybe “What divinity is (deserves?) extravagant (even like a crazy person) praise?” I guess you can make “The Blessed God” out of that … in a Jeopardy kind of way.

Jesus shining like a star reminds me of Jesus who is called the Morning Star in Revelation. This is kind of complex, but I found a good article about it here: http://www.tedmontgomery.com/bblovrvw/emails/morningstars.html

The extravagant like a crazy person thing reminds me of King David dancing half nekkid before the Ark of the Lord (2 Sam 6:14-16 http://www.usccb.org/bible/2samuel/6).

Jared comes from the verb yarad, meaning to go down, descend, decline. It’s used in:

CtH: There’s a lot of meditation material in that list!

Enoch comes from the verb hanak, which appears in (Proverbs 22:6 http://www.usccb.org/bible/proverbs/22) where it is translated “train the young” and it’s derivative, hanik, appears in Genesis 14:14, where it is translated as retainers (http://www.usccb.org/bible/genesis/14), or as trained/experienced men/servants (http://biblehub.com/genesis/14-14.htm).

But hanak is used most often to refer to the celebration at the beginning of a big building project, as in:

It is not surprising that the Hebrew name for the Feast of Dedication is a variant of hanak. HANUKKAH celebrates the rededication of the Temple in Jerusalem after its defilement by the Syrian Greeks in 164 BC.

CtH: Wow … this is so much richer than just “teaching”!

8. METHUSELAH – HIS DEATH SHALL BRING

Methuselah is variously explained as Man Of The Dart/Javelin, One Who Was Sent, He Has Sent His Death, and When He Is Dead It Shall Be Sent. It seems ironic that the man with the longest life-span in the Bible (969 years) has a name so closely associated with death.

Methuselah consists of two elements: mat and shalah. Mat is used most often to indicate A MALE CAPABLE OF COMBAT, while a related word, mut, means to die, corpse. Shalah means TO SEND, TO SEND OUT, and TO LET GO. One of its derivatives, shalah, was a weapon like a JAVELIN, that was thrown.

CtH: The video makes this almost passive with “his death shall bring.” But the words seem to me to be very active in their relation to combat and weaponry. Another rich meditation on the crucifixion here, no?

Lamech is just a person’s name; it does not occur elsewhere in Hebrew, so we are left to guess at its meaning. Some sources say the name means a STRONG, POWERFUL, and/or ROBUST YOUNG MAN. Other sources suggest it means TO BE BROUGHT LOW, as in DEPRESSED or HUMILIATED.

CtH: Jesus was no doubt a robust young man, having grown up as a carpenter and then tramped about the countryside preaching for three years. We know how he “emptied himself, taking the form of a slave, coming in human likeness; and found human in appearance, he humbled himself, becoming obedient to death, even death on a cross.” (Philippians 2:7-8 http://www.usccb.org/bible/philippians/2). And we also know the many ways he was humiliated between his arrest and his death.

But I had never appreciated how intense his emotional suffering was until I read what Dr. Frederick Zugibe (Chief Medical Examiner of Rockland County, New York) wrote about how sweating blood is most commonly associated with intense, prolonged fear. When Jesus prayed in the garden before his arrest, he “was in such agony and he prayed so fervently that his sweat became like drops of blood falling on the ground” (Luke 22:44 http://www.usccb.org/bible/luke/22).

When one is afraid, blood is driven into the muscles to prepare for fight or flight; at the same time, the sweat glands produce sweat to make the skin slippery (so you’re harder to catch). This is responsible for the pale, damp, cold skin we associate with fear. When the angel comforted Jesus, this fight/flight fear response suddenly released and his blood went rushed back to his skin so fast that it ruptured the net of delicate blood vessels surrounding each sweat gland. This allowed his blood to pour into the wide open sweat glands and fall in great drops to the ground. [See The Crucifixion of Jesus: A Forensic Inquiry, by Dr. Zugibe, for more details.]

Noah comes from the verb nuah, which means REST, SETTLE DOWN, COMFORT, REPOSE, CONSOLATION. It signifies not only an absence of movement but being settled in a particular place with overtones of finality, victory, salvation.

CtH: There are two things here … the escape plan God provided Noah and his family before the flood and then the settlling down of the boat after the flood receded. Jesus talks about both of these as types for the End of Time during the Olivet Discourse.

The final victory: Jesus said, “When the Son of Man comes in his glory, and all the angels with him, he will sit upon his glorious throne, and all the nations will be assembled before him. And he will separate them one from another, as a shepherd separates the sheep from the goats. He will place the sheep on his right and the goats on his left. Then the king will say to those on his right, ‘Come, you who are blessed by my Father. Inherit the kingdom prepared for you from the foundation of the world” (Matthew 25:31-34 http://www.usccb.org/bible/matthew/25).