ZEROcare: How many enrolled vs how many lost their plans?

Yeah. I don’t know either.

And you KNOW if the numbers were any good, they’d be preening about them, instead of doing what they are doing with is pimping out fake enrollees and claiming the system is working just fine. Just one example:

“The health care law will make health insurance more affordable, strengthen small businesses and make it easier for employers to provide coverage to their workers,” said Joanne Peters, spokeswoman for the Department of Health and Human Services.

Tell that to the millions who are losing the coverage they had, liked and could afford.

Obama promised if you liked your health insurance, you could keep it. He probably knew it was a lie when he said it (over and over again). Certainly, anyone who does not depend on the Democrat Media Complex for information knew ZEROcare was going to trash a system that worked well for over 80% of Americans. 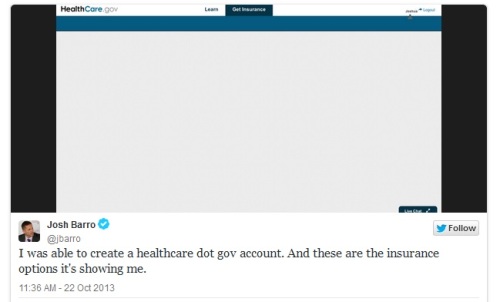 One response to “ZEROcare: How many enrolled vs how many lost their plans?”