From The Washington Times:

National parks facing federal furlough orders may be shutting down around the nation, but not so in Wisconsin.

Republican Governor Scott Walker said he’s not closing the federal lands to visitors, in blatant defiance of the National Park Service’s demand, Breitbart.com reported. The federal agency had specifically ordered park officials in Wisconsin to close doors on Kettle Moraine, Devil’s Lake and Interstate parks, as well as sections of Horicon Marsh — sections that were owned by the state, no less — but Wisconsin authorities shunned the demand.

The state Department of Natural Resources said most of the Wisconsin’s parks identified by the federal agency for closure get most of their money from local taxpayers, not federal coffers. Park authorities said they’re not complying with the federal order.

Wisconsin DNR said in a statement: “All state parks, trails and other recreational properties [are] open and not affected by the federal government’s budget problems.” (continue reading) 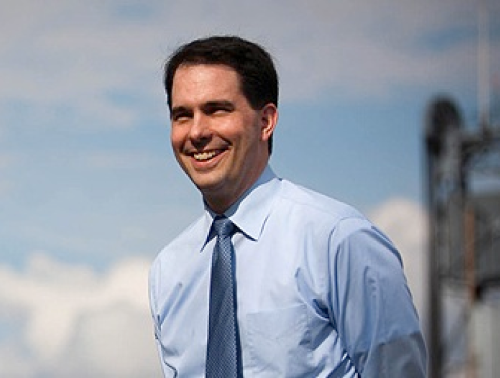 How much you wanna bet he hasn’t signed up for Obamacare either?

One response to “On Wisconsin!”