Obama’s Promise: Your premiums will go DOWN by as much as $2,500 per family of four per year

ObamaCare’s Reality: Your premiums will go UP by as much as $1,000 per family of four per year

Rep Tom Reid says, “If the President and Harry Reid continue to refuse to negotiate, I support presenting a simple request to them: repeal the special treatment under Obamacare that Harry Reid, Nancy Pelosi, and the President secured for Members of Congress and their DC insider friends, and I will vote to keep the government open.” https://www.facebook.com/RepTomReed

EXCERPT: Since the United Nations created the World Health Organization (WHO) in 1948, there has been an inexorable movement toward a centralized power that shifts decisions from individuals to government through regulation and mandates. It has readily caught on abroad and anchors socialized medicine. America was virtually the only western holdout. That changed in 1965, when the expansion of Social Security created Medicare, which, essentially, is socialized medicine for seniors.

ObamaCare is following in Medicare’s footsteps:

Over the years, Medicare devolved into a bloated, wasteful and soon-to-be bankrupt system. It has been a piggy bank for Congress (in fact, $700 billion from the Medicare trust fund was raided to help fund ObamaCare).

Costs have increased through higher deductibles while there has been a steady decline in access and treatment options. For those who argue that health care will improve under ObamaCare, note that Medicare reimbursements to hospices will increase one percent while hospital reimbursements fall. This makes it hard to argue that a new system will not emphasize rationing and palliative care to decrease costs.

Comments Off on Obama’s Promise vs. ObamaCare’s Reality

We Will Not Comply 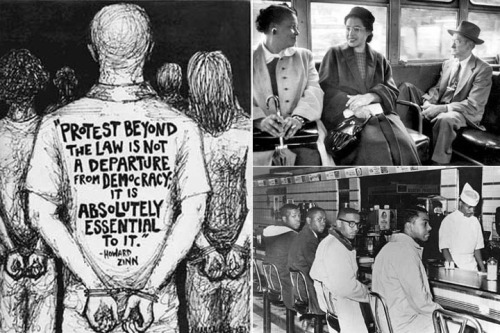 A coalition of pro-life leaders has developed a unified “We Will Not Comply” response to this assault on life, conscience and religious liberty.

A Pledge for the Preservation of Life and Liberty

This Pledge has been carefully crafted to stand as a ‘line in the sand’. In its final paragraph, it states:

We declare that we will not comply with any regulation of the ACA wherein we are forced to pay for abortion or forced to willfully participate in the killing of innocent children.

In practicality, this means we will not choose an insurance policy that contains abortion funding, whether directly or indirectly, even to the point of choosing no insurance, at all. Furthermore, we support any citizen who chooses to act in peaceful protest, including non-violent civil disobedience, as the government has no authority to force us, as free citizens, to violate our conscience or forfeit our religious freedoms.

The United States Conference of Catholic Bishops issued a nationwide bulletin in June 2012, calling all American Catholics to prepare themselves to engage in civil disobedience to Obamacare. It’s brief and to the point: