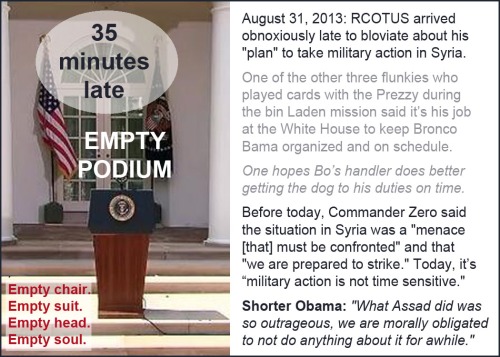 Waffles and Uncle Joe actually went GOLFING right after the speech. But what the hey.

The Secretary of State went yachting while Egypt burned and his U.N. Ambassador missed an emergency UN Security Council meeting on Syria because she was at a comedy film festival in Ireland.

“I think playing golf during a war just sends the wrong signal. I don’t want some mom whose son may have recently died to see the Commander-in-Chief playing golf.”

I think I have to throw up now.