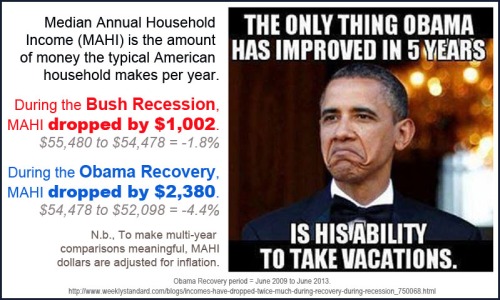 Ugly and scary: Obama’s face on US flag at MLK memorial 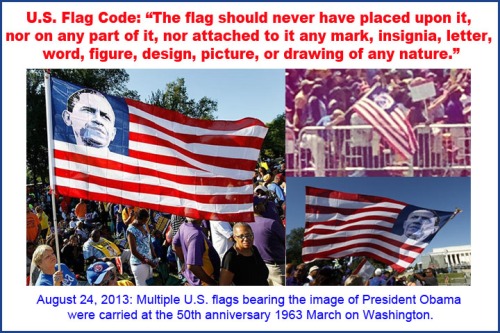 This is both an ugly, illegal desecration of the flag, but really and truly scary. We fought a Revolution to be free of this kind of cultic worship of human leaders!

Countries where the people have no freedom put their leaders on their flags. Are these people saying they want Obama to become another Hitler, Stalin or Mao? Perish the thought!

According to the Federal flag code, “the flag represents a living country and is itself considered a living thing” because wherever it is displayed, it represents “We the People.”

Because the flag stands for all of us, the flag code states that “no disrespect should be shown to the flag of the United States of America” and in particular, “the flag should not be dipped to any person or thing.”

Because the “union” (the blue with stars) is the flag’s “heart”, numerous regulations exist about how the union should be oriented when the flag is displayed. For example:

Putting any one person’s face in place of the stars that represent ALL of US is so offensive, I don’t have words to express my feelings.