Scratch a leftist, find a bigot. Every time.

After somebody alleged that Paula Deen had used the n-word 30 years ago, she was fired by the Food Network, Smithfield Foods, Walmart, Target, QVC, Caesars Entertainment, Home Depot, Novo Nordisk, J.C. Penney, Sears, and KMart.

Al Sharpton has a long and “colorful” history of using words like “homo” and “fag” loudly and without apology. 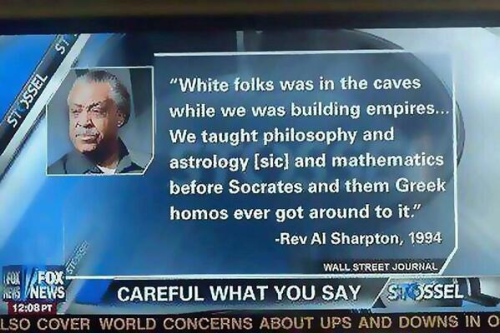 “You a punk faggot”

MSNBC gave him his own t.v. show. 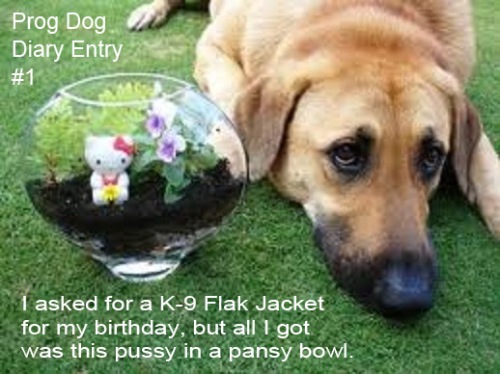 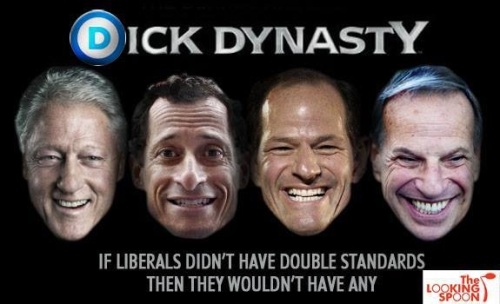 I didn’t think “penis!” when I first saw this photo … but since Twitchy planted the idea, that is ALL I can see! 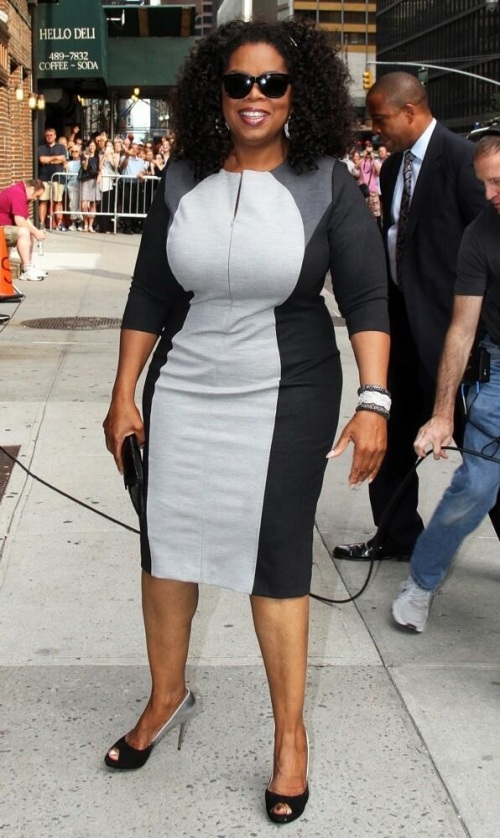 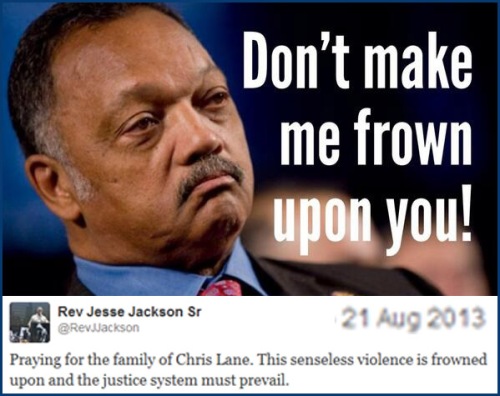 And then … just so we would all know he TOTALLY feels the Lane family’s pain, on Aug 22, he tweeted this heart-warmer:

Not sure exactly how each of us can be called to a collectively resistance, but I’m sure he means well … in a totally “damn it to hell the shooters weren’t white and the victim wasn’t black so why should I f**k’ing bother to know the victim’s name it’s not like he was Trayvon Ben Obama” kinda way.

INSIDE A UNION CLASSROOM

This is what the Obama Approved Race-Baiting has wrought 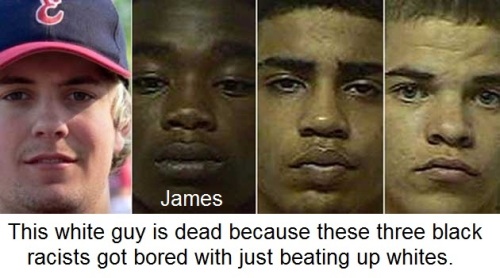 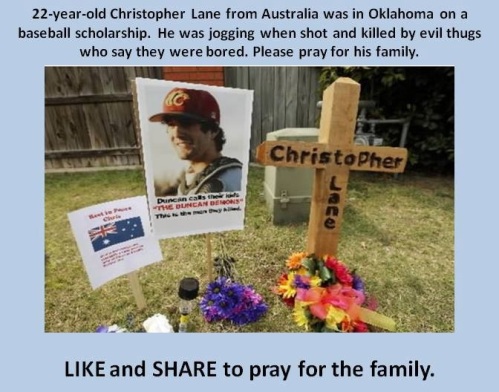 Earlier this year, Americans for Responsible Solutions PAC, the super PAC arm of Giffords’ anti-gun group, received $10,000 from Bette Midler’s private family foundation and $5,000 from the Rupa and Bharat B. Bhatt Foundation.

Churches and nonprofits are prohibited from directly or indirectly intervening in political campaigns.

These are small potato donations for the super PAC that has raised millions. But that makes them more – not less – problematic, since any PAC this big and active certainly should know the tax code backwards and forwards.

It’s not rocket science to red flag donations from groups with “Foundation” and “Church” in their names for closer scrutiny, something Giffords’ group clearly failed to bother doing. After all, the IRS managed to do something like this with groups that had words like “Patriot” and “Constitution” in their names.

This is far from the first sign of hypocrisy in the Giffords arena. It seems Giffords and her hubby, astronaut Mark Kelly, enjoy recreational shooting … with the same model gun that injured Giffords in 2011.

When called out on their hypocrisy, Giffords said it was okay cuz the guy who shot her had a 33 round magazine. 17 rounds would still violate the ban on “high capacity” magazines that both Giffords and hubby pimped for in Colorado, New York, and Connecticut. 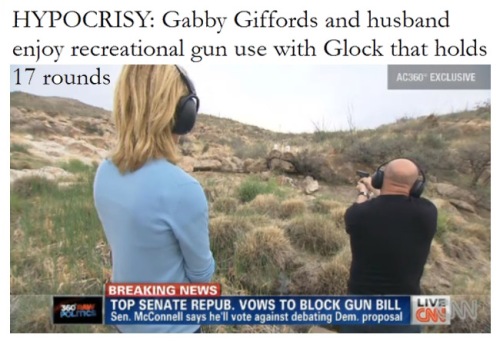 It is also worth noting that Mark Kelly recently tried to purchase an AR-15, was required to undergo a background check, and was eventually turned down by the gun store. 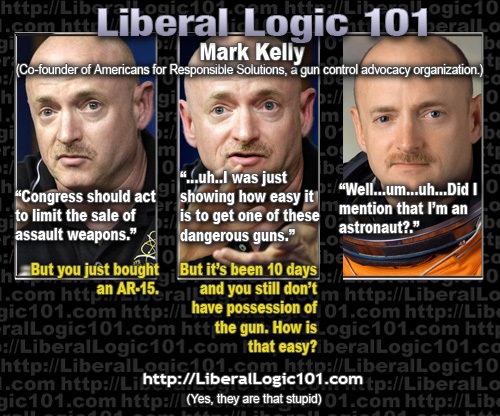 Meanwhile, Giffords has posed happily with one of the weapons she and Kelly are trying to get banned. 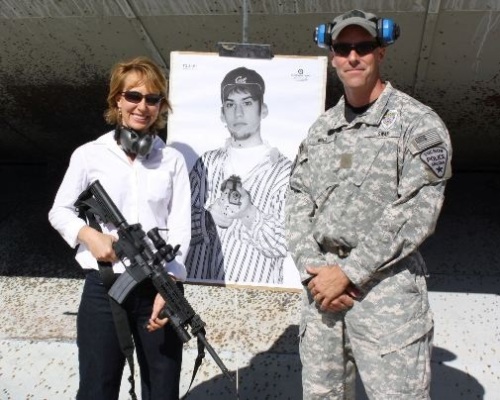 In October 2009, he was diagnosed with Osteosarcoma (bone cancer) in his tibia. After 6 months of surgery (10 surgeries), the cancer had come back and spread more.

On May 21st, 2010, his leg was amputated above the knee. Evan then went through 9 months of intensive chemo therapy and 2 lung surgeries.

But Evan wanted to continue tap dancing. This video is one of his first attempts after he healed up enough to try out his new peg leg.

Comments Off on Evan Ruggiero was always a tap dancer

The pussy amongst the pansies 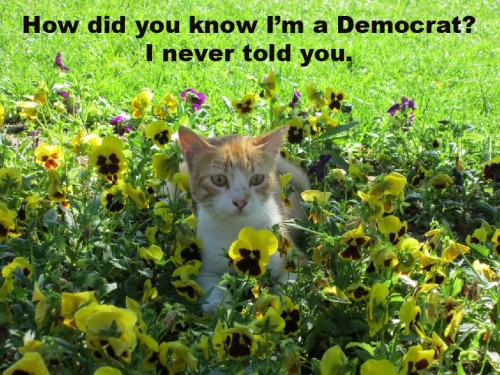 Comments Off on The pussy amongst the pansies